“Our university has been operating without interruption for the past almost five hundred years. It has been witness to wars, crises and even epidemics, but not a single year has been skipped for any of these reasons. Our students, as well as our faculty members, have always taken a lion’s share of the efforts to tackle the challenges facing our nation. This last time, it was our physicians, other health professionals and residents that provided assistance in the battle against the pandemic and, we can safely state, they heroically stood their ground,” said the Vice Rector for Educational Affairs of the University of Debrecen in his address delivered on Saturday at the ceremonial end-of-the-term session of the Senate of our institution. 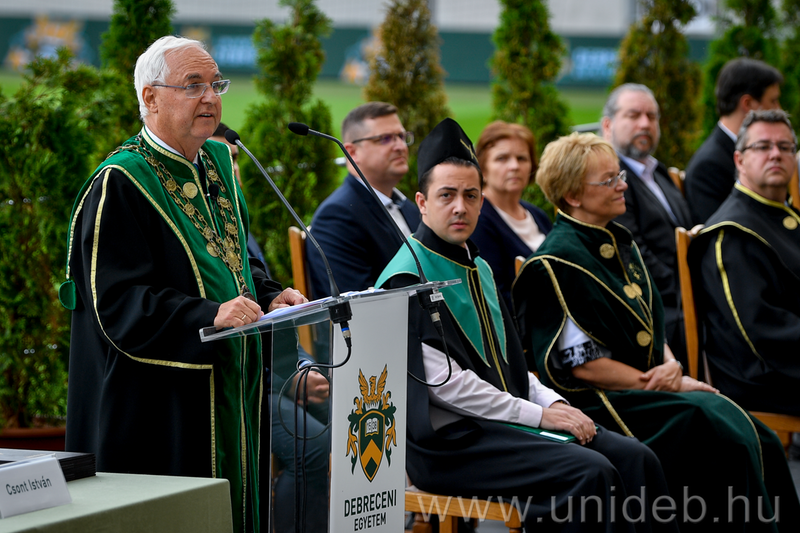 Elek Bartha added that the fresh graduates had had to face a number of unprecedented difficulties during the course of their studies because of the coronavirus pandemic, yet they would still have all the chances now to pursue their individual career paths with the necessary faith in and self-confidence about future success.

“I honestly believe that the students who graduate from the University of Debrecen will rise to the challenges awaiting them in life and will surely become exemplary citizens both in their private and professional life,” said the Vice Rector. 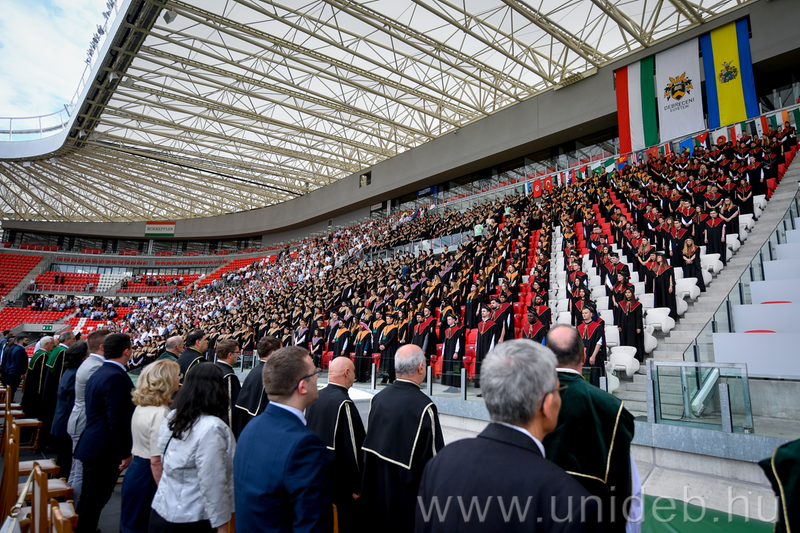 The figures of successful final examinations at the Faculties of Medicine, Humanities, Science and Technology and Music are as follows: in the BA and BSc programs, 511; in the MA and MSc programs, 437; in the undivided programs, 177; and in the correspondence programs for teachers, 120. 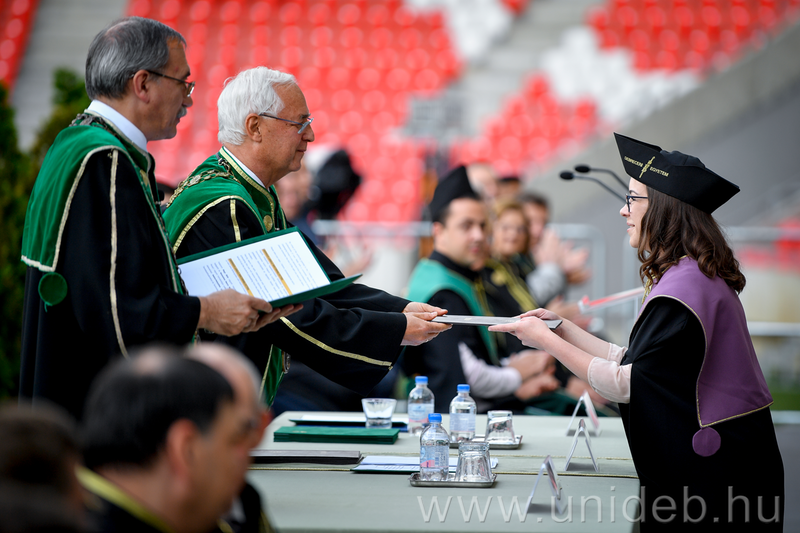 After the swearing of the oath by the graduating students, two of them from each faculty came forward to receive their own diplomas as well as, symbolically, also those of their fellow graduates. 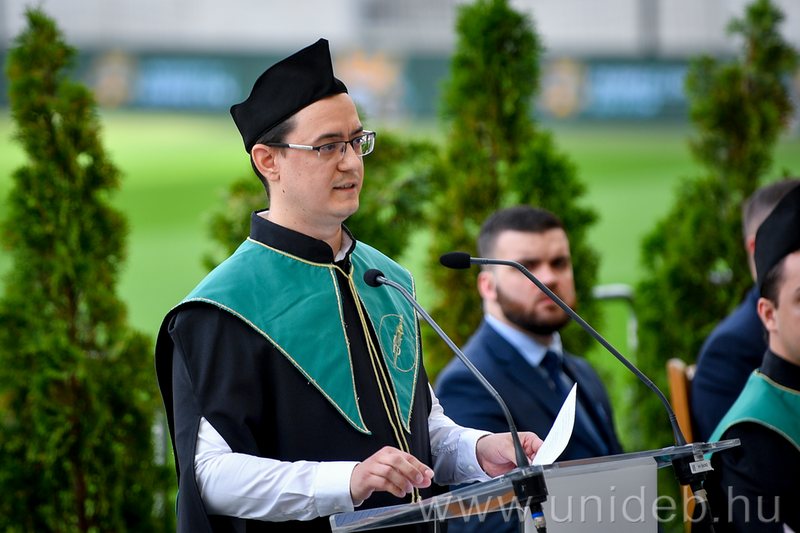 “The University of Debrecen prepares its students for life in general and for success at the labor market. Because of the coronavirus pandemic, a good part of the requirements of the past academic year had to be completed online, for which our institution has provided us with all the necessary conditions. Even so, it has been rather difficult without the usual personal contacts,” said the President of the Student Self-Government of the University of Debrecen at the ceremony.

István Csont added that he was confident that, due to the efficient vaccination campaign, in the next semester, we would be able to return to the traditional face-to-face education mode. The President of DEHÖK also announced that the traditional major spring events that had had to be cancelled because of the pandemic, including GTK-MÉK felezés [halving] and sárgulás [yellowing], would be held in July, and that the preparations for this year’s freshers’ camp had already started, too.

On behalf of the students graduating from English-language programs, Sayed Ahmad Mohamed, Vice President of the Student Self-Government, delivered an address to the fresh graduates. 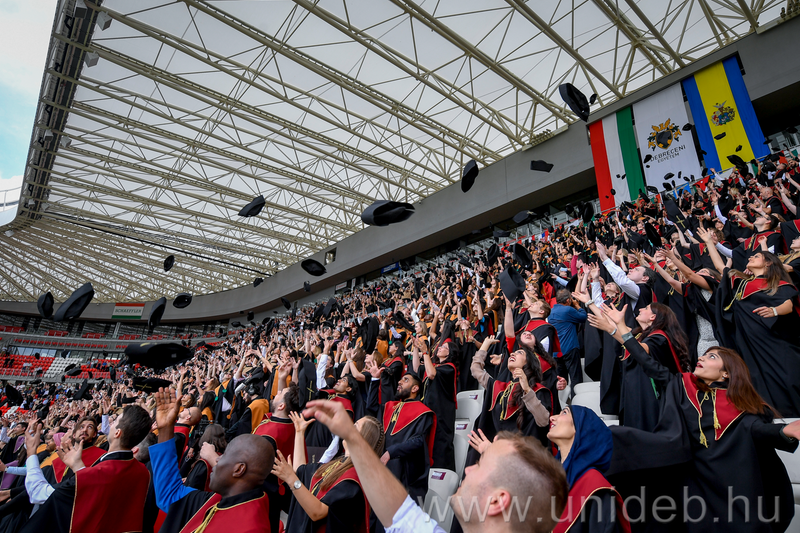 The next, and also last, end-of-the-academic-year session of the Senate will be held at 4 p.m. on July 10 in Nagyerdei Stadion. On Saturday, the graduates from six other faculties, including Egészségügyi [Health], Fogorvostudományi [Dentistry], Gyermeknevelési és Gyógypedagógiai [Child Education and Special Needs Education], Gyógyszerésztudományi [Pharmacy], Műszaki [Engineering] and Népegészségügyi [Public Health], will receive their diplomas at an official farewell ceremony.