Infrastructural investments at Faculty of Engineering

A number of significant investments and developments financed through support from the Hungarian state are to be launched in 2021 at Faculty of Engineering of the UD. These improvements include an entire new wing of a building to be constructed.

These developments are necessitated and justified by the increase in the number of students enrolled at the Faculty of Engineering, which currently exceeds 3 thousand, out of which almost 900 are registered in the English-language programs. As of September last year, a new BSc major has been introduced and thus, with Vehicle Engineering, there are now 7 undergraduate programs on offer to prepare students for as many as 8 graduate programs altogether. 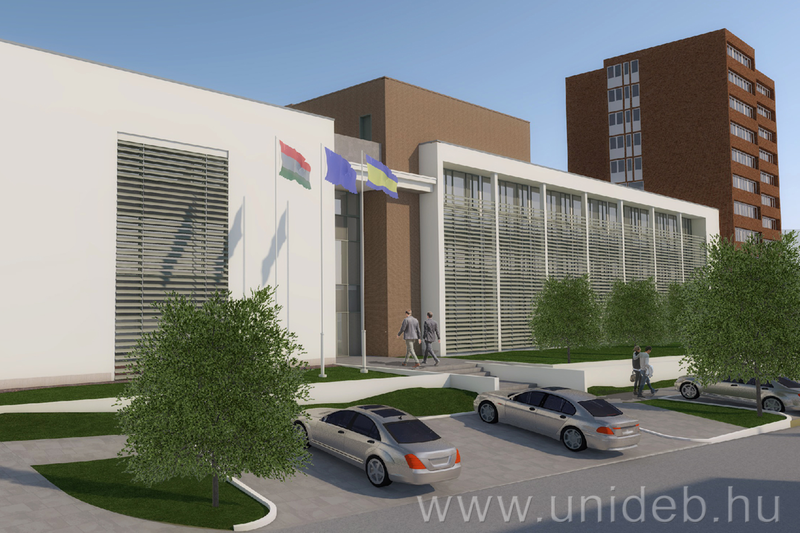 “This increase in student numbers represents a major challenge for us because of the limited number of classrooms and academic venues available at present. We conduct classes in a dual learning system in three majors, including Mechanical Engineering, Environmental Engineering and Technical Management, and there is a growing degree of interest concerning these from individual companies in the industry. This is also manifested in the ever increasing number of cooperation projects as well,” said Dean Géza Husi to hirek.unideb.hu. 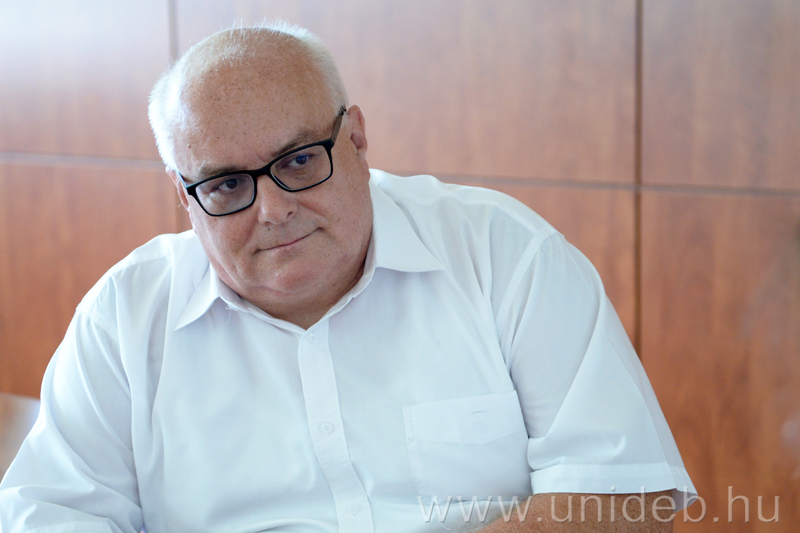 During the course of the current investment, the complex overhaul and modernization of the educational wing will be completed on a total area of about 7000 m2, while the already existing “A” building, accessible from the street Virág utca, will get a new wing, which will house departments, laboratories and seminar rooms in an area of almost 3000 m2. At the same time, the complete upgrading and renovation of building “B” will also be started, during which both its ground floor area will be extended and an extra floor will be added to it.

In the meanwhile, the physical connection between the two buildings will also be made possible through constructing a closed structure bridging them. As a result, a rearrangement of functions within the work of the faculty will also be possible to be implemented. According to the plans, most sections of building “A” in the future will comprise spaces serving educational functions, while building “B” will accommodate the units taking care of the administrative functions of the faculty, such as the Dean’s Office, the Registrar’s Office and the Student Self-Government. 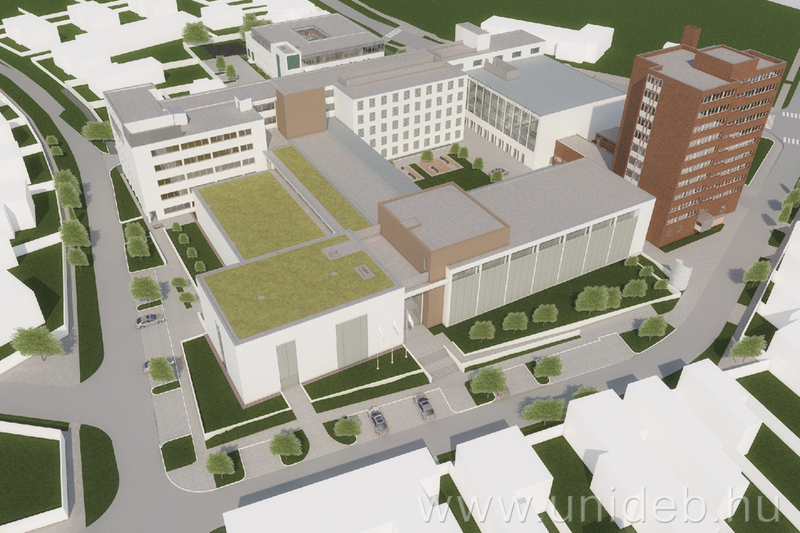 It may be of special interest that the lead designer of the works related to the development of the Faculty of Engineering within the university in-house company called UD TUTI Tudományos, Technológiai és Innovációs Park Nonprofit Kft. is the Ybl and Pro Architectura awardee Antal Puhl, a professor emeritus of the Faculty of Engineering. In his efforts, he is assisted by Pro Architectura awardee Péter Dajka and a number of architects who also graduated from our faculty, so the performance of the masters and their disciples is going to be assessed and evaluated by future students and instructors on the basis of the building they produce. 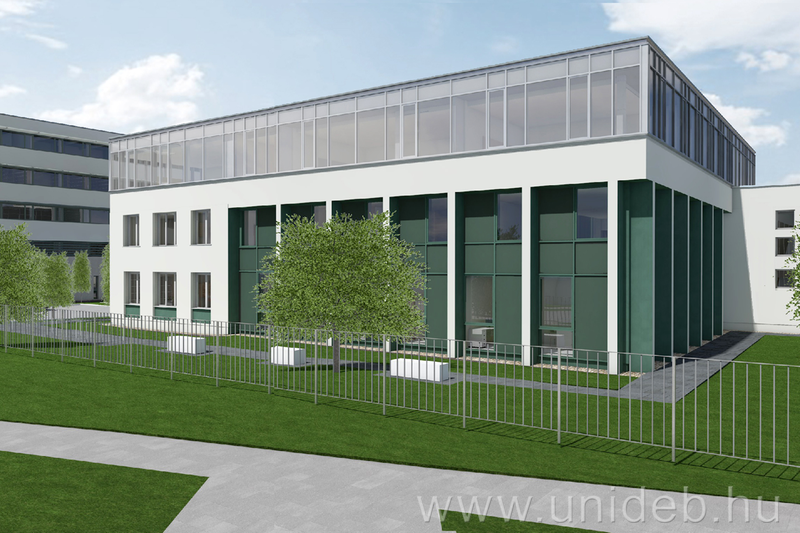 The building permits that are necessary for the development have been duly obtained, and the implementation of the construction works is expected to start before the end of this year.

Apart from the increase in student numbers, the provision of supply to meet the demands for highly skilled experts in the automotive industry also requires further adjustments and developments. In order to cater for the demands of automotive companies and their suppliers, the program portfolio of the Faculty of Engineering continues to expand to turn out a labor force with the proper professional expertise and practical experience. 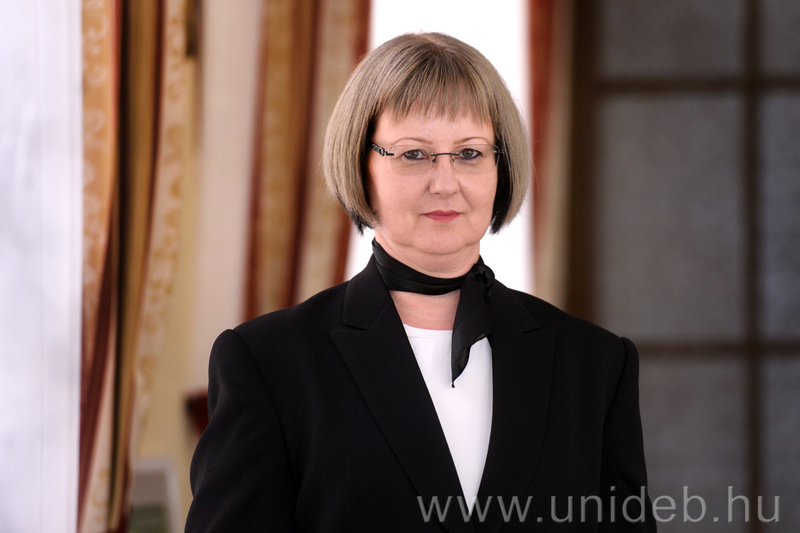 “For facilitating the practical training of the students enrolled in the Automotive Engineering BSc program as well as for housing the special equipment and car dynos required for automotive research, our institute will construct a new laboratory building. This will be located in the area of Tudományos Technológiai és Innovációs Park [Scientific Technology and Innovation Park] of the university, and it will be built with the help of support received from the central government,” said Ms. Piroska Ailer, Vice Rector of the University of Debrecen for technological innovation and program development. 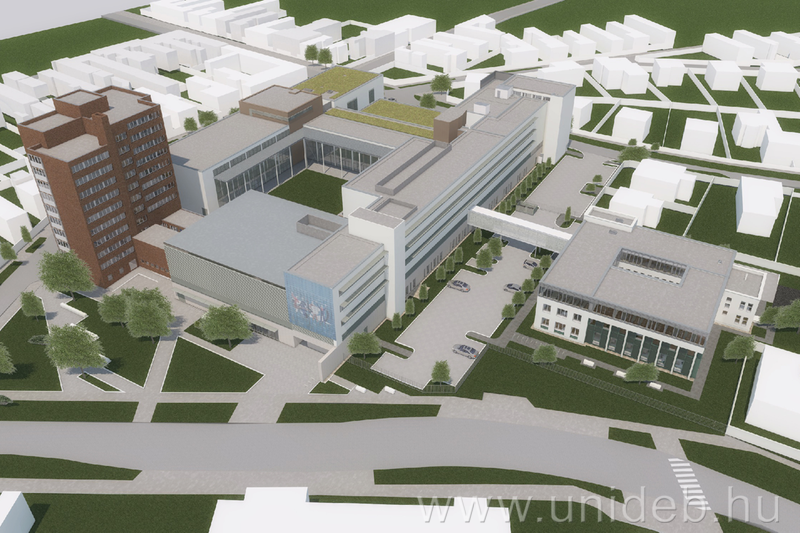 In a way similar to the improvements carried out to upgrade the site located at Ótemető utca, the automotive research center, which is going to be built on a floor area exceeding 2 thousand square meters, is currently in the phase of planning, which is primarily conducted by former and present instructors of the faculty, including designers Tamás Szentirmai, Gábor Zombor and Balázs Juhász.