The Federation of European Chemical Societies has granted the title “Chemistry Europe Fellow” to Ferenc Joó, professor emeritus of the Faculty of Science and Technology of UD. He received the award from the president of the Hungarian Chemical Society on Friday.

-It is a great honour for the university that a prestigious international organisation has recognised the achievements of our professor – said László Csernoch at the award-giving ceremony on 17 July. The vice rector for scientific affairs talked about the beginning of Ferenc Joó’s career and his achievements in the fields of education, research and teaching arrangement. 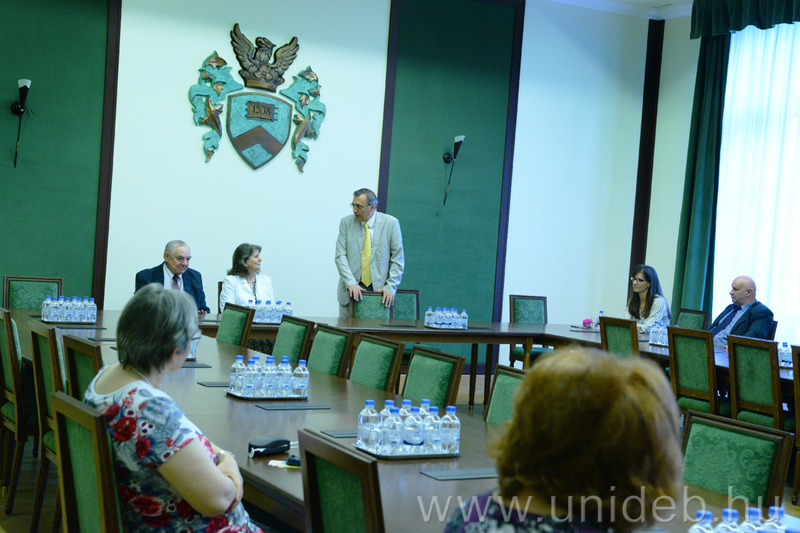 The title “Chemistry Europe Fellow” was delivered by Lívia Simonné Sarkadi, president of the Hungarian Chemical Society in the Sándor Karácsony room. In her speech, she said that the Federation of European Chemical Societies, which was established 25 years ago, created the title five years ago to recognize the achievements of the best teachers and researchers in this field of science. 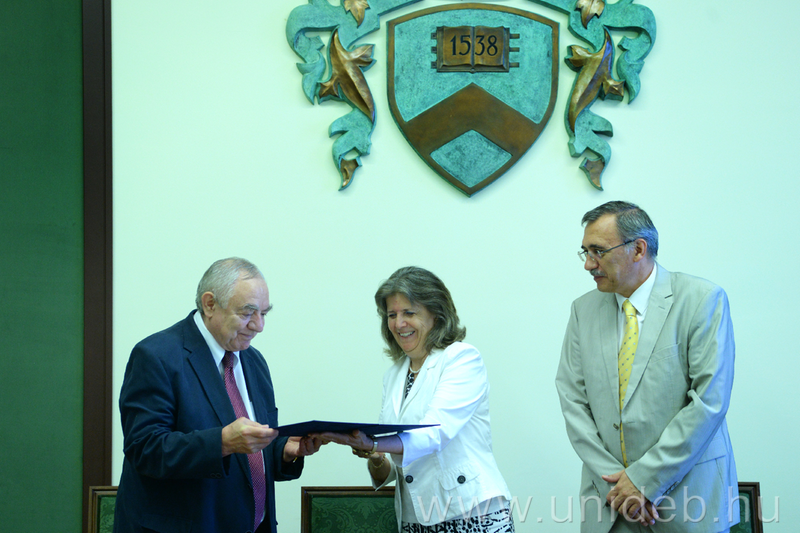 The title is usually delivered at the international conference of the federation, organized every two years, but now, due to the pandemic situation, the societies in the member countries have completed this noble duty. 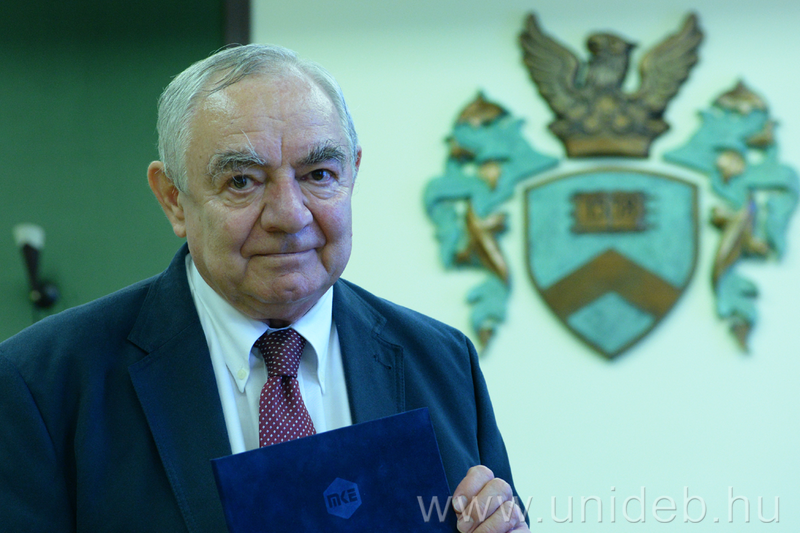 - It is a good feeling to become a member of a club that also includes Nobel laureates and famous chemists. At the same time, this title indicates that hard work is appreciated – said Ferenc Joó, professor emeritus of UD.

Ferenc Joó, academician and university lecturer obtained his degree in 1972 with outstanding result at UD. He has been lecturer of the university ever since. He has been a lecturer since 1993, he led the Department of Physics and Chemistry for, 14 years, and has been a corresponding then regular member of MTA since 2001. Between 2004 and 2007 he was vice rector for educational affairs, and from 1996 to 2009 he was head of the chemical doctoral school. Between 2005 and 2011, he was vice president of the Department of Chemistry at MTA, then he was the president until 2017. He was head of the Homogeneous Catalysis working group of MTA for 22 years. As a supervisor in about 50 Hungarian and international projects, he successfully applied for significant amounts of money for research programmes. He published about 200 scientific articles that have been referred to by more than 5.000 fellow scientists. He has also been active in education and organization work, managing a number of educational programmes and taking care of their accreditation. His achievements have been recognized by numerous Hungarian and international awards, including the Gambia-Winkler, the Szécheny, the Apáczai Csere János and the Szilárd Leó award.