More toxic metals accumulate in spawns than in developed fish – according to researchers of the UD. For their scientific publication, the group received the Sándor Vitális Award of Excellence established by the Hungarian Hydrological Society and the General Directorate of Water Management.

The Department of Hydrobiology of the Faculty of Science and Technology at UD has been involved in monitoring heavy metal contamination levels in the river Szamos since 2013, using a native fish species as a bioindicator.

- Fish play a key role in studying the pollution level of rivers, since, unlike in the case of water and sediment samples, we can identify the presence of toxins in fish for longer periods. Research projects studying the accumulation of heavy metals usually focus on marine species, therefore most of the international health threshold standards are defined based on the results of these programmes.  There have been hardly any projects dealing with fish species living in freshwater, so we can claim that our research was much needed – explained László Antal, assistant professor at the Department of Hydrobiology, supervisor of Krisztián Nyeste, author of the first article. 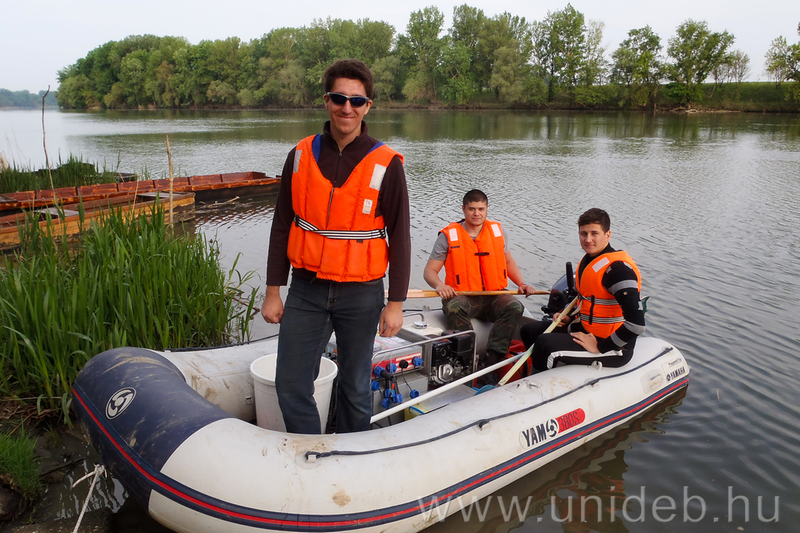 László Antal added that the monitoring of water quality has been an important line of research for the group at the department. Not to mention that in 2003, when Krisztián Nyeste started his research, the river Szamos was highly polluted, based on sample analyses, so practical results were expected.

- Our hypothesis was, as generally accepted in hydrobiology, that the higher a fish is in the food chain, that is, the more small fish it eats, the more metal is accumulated in its system. Researchers usually use older specimen for their studies, assuming that it makes it easier to detect any hydro-chemical differences. For this reason, we examined chubs from three different age groups, which means three different eating patterns, to compare the quantity of heavy metals in their systems – explained Krisztián Nyeste, PhD student of the Department of Hydrobiology. 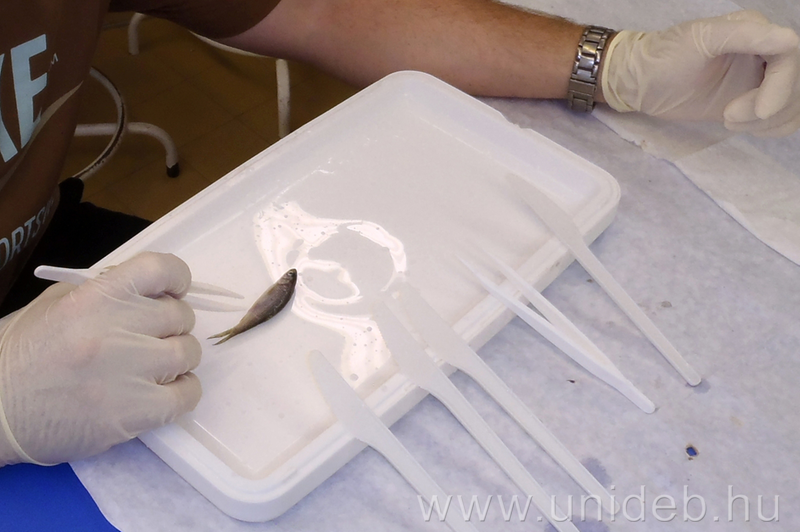 As the researcher informed hirek.unideb.hu, the group started its work by the river Szamos, then moved on to the Tisza, and in the third phase to the influents of the Tisza: the Bodrog, the Sajó, the Zagyva, the Kőrös and the Maros. The chub, which belongs to the family of carps, was an ideal species for the examinations, as it is present everywhere around the drainage basin of the Tisza. 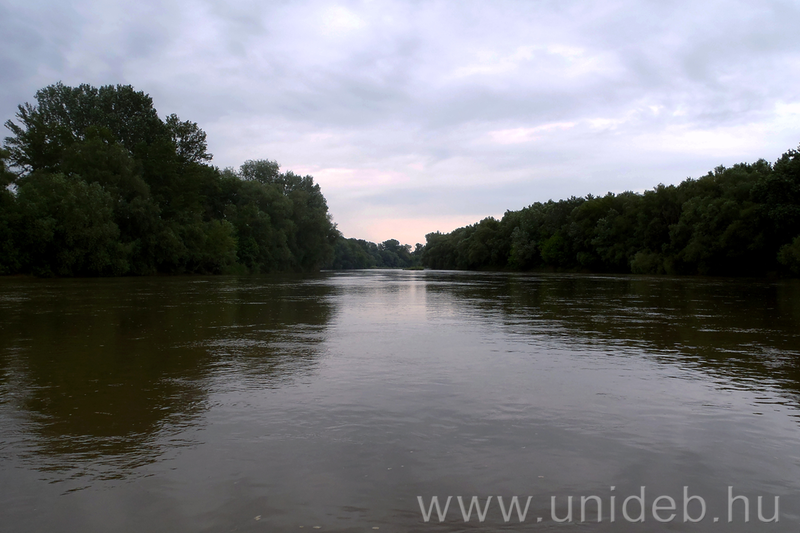 - The project yielded surprising results. It turned out that in a given year heavy metal pollution can be most accurately detected in young fish. The explanation is that different age groups have different characteristics. Researchers had known this fact, but had never examined these differences in this context. The eating pattern and the underdeveloped ability of young fish to detoxify leads to a higher level of heavy metal accumulation in their systems. It should be noted that at the time of the research the Szamos was heavily contaminated with various heavy metals, and the concentration of toxins was much higher in younger specimen than in older fish. Based on these facts, we came to the conclusion that spawns are ideal for the detection of heavy metals in our rivers – explained Krisztián Nyeste. 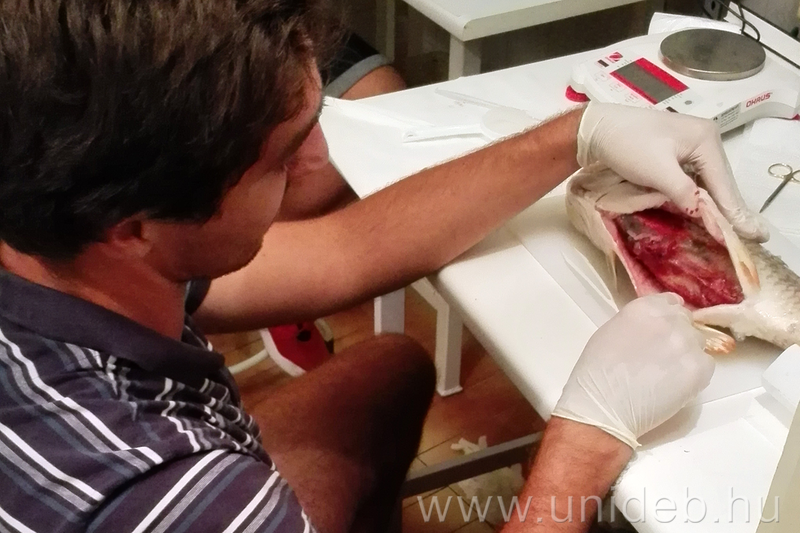 - This cutting-edge instrument provides information on the quality and quantity of heavy metals, toxins, micro and macro elements in the sample in a cost-efficient way, even in the case of a large number of samples – explained Edina Baranyai, head researcher of the lab.  The assistant professor of the Department of Inorganic and Analytical Chemistry added that the project was very important for the lab as well, because the analysis of these special samples required a new method, which was then validated, so in the future it will be available to other labs, too. 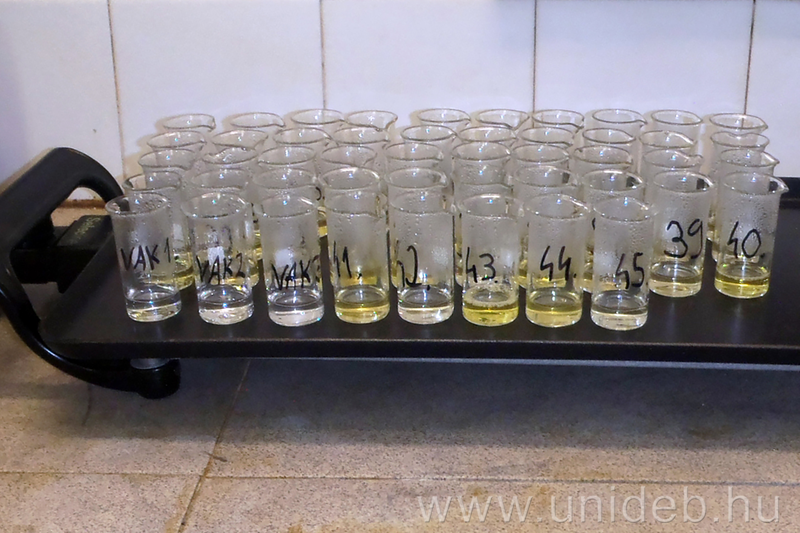 The multidisciplinary nature of the project is reflected by the fact that, in addition to several departments of the Faculty of Science and Technology, environmental scientists from the Faculty of Engineering also participated. Herta Czédli, associate professor at the Department of Civil Engineering became involved in studying the heavy metal concentration in fish after dealing with the cyanide and heavy metal pollution of the Tisza.

Research findings were published under the title “Age and diet-specific trace element accumulation patterns in different tissues of chub (Squalius cephalus): Juveniles are useful bioindicators of recent pollution” in the prestigious journal  Ecological Indicators, which focuses on developments in applied sciences and new procedures.

Krisztián Nyeste expressed hope that in the future more age groups will be examined in the course of water quality assessment, in order to obtain more accurate results. He added that they are planning to extend the study area to the whole drainage basin of the Tisza, and involve two more species into the project: the mullet and the nose carp, to find out which of the three species, each with different eating patterns, is the best indicator, and which is the most ideal one to detect the presence of specific metals.