For the first time in the almost 100-year history of the Summer University, this year, due to the epidemic, foreigners interested in Hungarian language and culture can only attend online courses.

The Summer University has developed its relationship with Chinese universities for years. The early information received through these channels helped a lot in deciding whether education should be made online. Accordingly, since 10 March all academic courses have been held online.

In April it became obvious that the Hungarian language and culture courses planned for summer cannot be held in the traditional form either. First, the Stay At Home programme was launched, providing opportunities to anyone for communication online. Fifty people participated in 45 minutes per week through the three weeks of the programme for free.

Based on the success of the programme, we have announced a similar project for the summer, but for a fee. There has been huge interest in the online courses, so the university will launch three courses during the summer: in June, July and August. In the framework of each 3-week-long course, students will have two online Hungarian-language classes (2x45 minutes) every day. Classes will start at three different times, so that students can join from anywhere around the world. So far, 20 students have been registered, which is promising.

The course to be launched on 8 June will be preceded by a test. Based on the results, students will be sorted into groups of 4-6 people at the same level. Swiss, German, French, Polish, Canadian and American students have indicated their intention to participate, some of them live in Hungary. 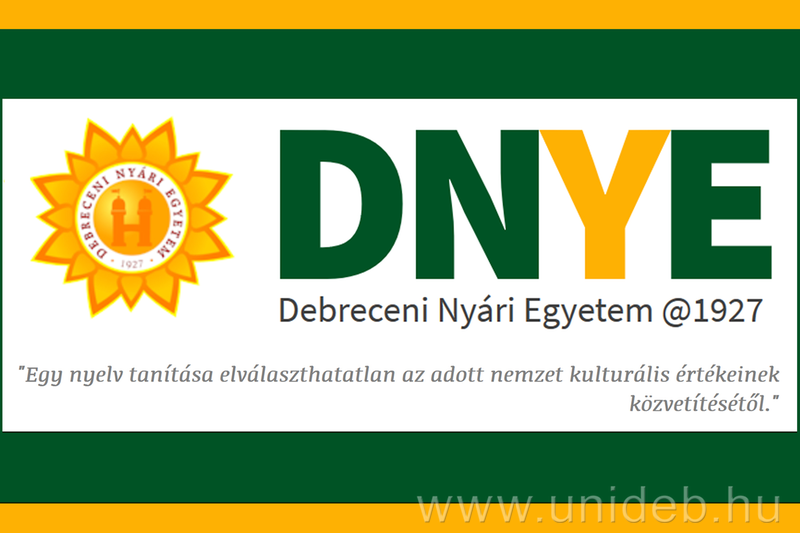 Besides language courses, the Summer University also launches courses where students can learn about the Hungarian cuisine, folk songs, and pop music in 2 classes per week. They can also enjoy an online guided tour in Debrecen, including the local churches.

- Calling off the summer events is a huge loss for the university. For this reason, we had to make uncomfortable decisions – said Péter Szaffkó. He added that the language school in Budapest has been temporarily closed, no more courses will be launched in the present situation.

-  Luckily, our partners were very understanding, so we were able to reduce the rental fees. Also, thanks to the Tempus Foundation, their scholars can participate in the Hungarian language and culture courses in January, which means we can reduce our losses – explained Péter Szaffkó.

The university hopes that there will be enough people to register for the online version of the Mediterranean Summer. According to plan, Turkish, Italian, Spanish, and Portuguese courses will be available, and the highly popular Korean course, which has been attended by 27 students in the recent past.