Supported by the Ministry of Human Resources (EMMI), the University of Debrecen (UD) and the National Public Health Centre have agreed to promote creation of up-to-date vaccine production in Hungary. The agreement was signed in the Ministry on Friday.

The purpose of the cooperation is to create manufacturing guaranteeing domestic security of supply based on the institutions’ wide knowledge and the knowledge base owned by them in the field of both compulsory and recommenced vaccines as well as the demand created by epidemics. The main goal of the agreement is to achieve the government’s goals of securing domestic supply of vaccines specified in the government decree of 1685/2018. (XII. 17.) on preparation work for creating a National Vaccine Plant. The parties cooperate to promote professional and infrastructural capacities necessary for implementation in terms of concluding agreements between potential knowledge bases and market actors as well as securing highly qualified workforce capacities necessary for the creation and functioning of the facilities. 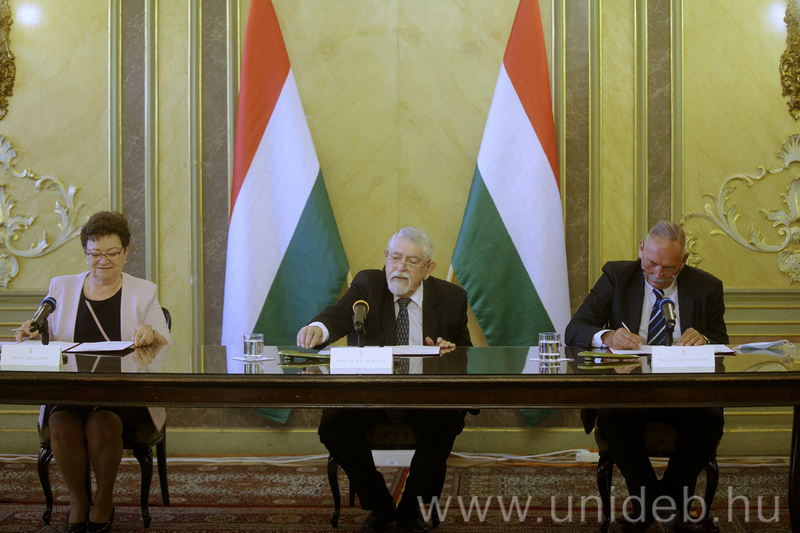 Following the signing of the agreement, Miklós Kásler, Minister for EMMI, explained that the corona virus epidemic has highlighted the importance of vaccines as humankind tends to forget about pandemics caused by bacteria and viruses, as, due to vaccines, fewer and fewer of them spread globally.

- In this respect, Hungary is in a leading position in the world with her 12 compulsory vaccines and 99.8% cross-infection rate among the Hungarian population. Hungary spends 10 billion HUF on these vaccines per annum; however, self sufficiency is becoming increasingly important because, as a result of the corona virus infections, China dropped out of production, leading to problems for a number of countries.  Creating an industrial background for the vaccines, building a knowledge base, and carrying out  high-level research are all a  national interest, and of strategic importance for the government. UD has been preparing for years to re-launch vaccine production in Hungary with preparations under way to create infrastructure, develop and start scientific methods, Miklós Kásler explained. 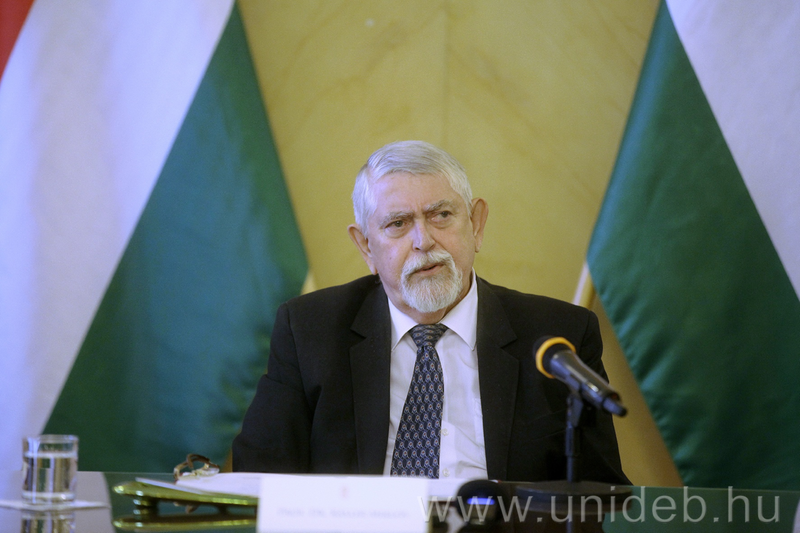 The Minister for Human Resources added: the agreement between the National Public Health Centre and UD is intended to achieve and implement this goal. The National Public Health Centre secures the necessary experience, while UD’s contribution to the re-launch of the national vaccine production is to provide the university’s knowledge base and researchers as well as involving its industrial network of partners.

Chief medical officer Cecília Müller, signatory of the agreement, stressed that, in terms of preparedness, Hungary ranks among the most prepared countries in Europe. Hungary operates a real-time epidemic watching system, and has a history in developing and manufacturing vaccines. Cecilia Müller also talked about the milestones of Hungarian vaccine production and control: the BCG, rabies, and poliomyelitis vaccines. The chief medical officer recalled the first years of control of epidemics, highlighting the role of the National Public Health Centre as one of the centres of vaccine development. 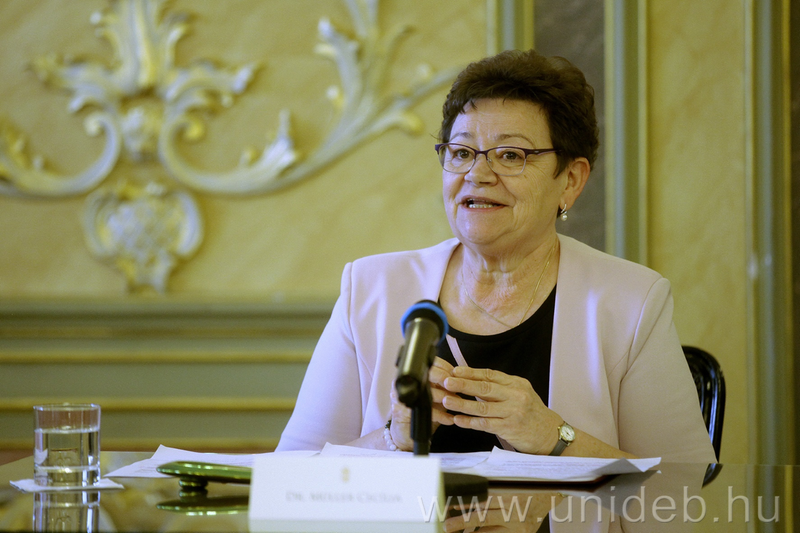 As one of the leading universities of Hungary, the University of Debrecen identified the health industry as its focus five years ago, and, together with its partners, has been working on preparing and developing vaccine production for years. UD researchers warned of a need for preparation for pandemics a couple of years back, and the university started the preparation supported by the government and the innovation office. In addition to this, the university coordinates the country’s first health industry „FIEK” programs, „Cooperation of higher education and the industry”, whose goal is to develop vaccines and vaccine technology.

Speaking about the agreement, rector Zoltán Szilvássy mentioned a vertical integrated cooperation system comprising all the sectors of the health industry, which provides a unique basis for the implementation of Hungarian vaccine production. 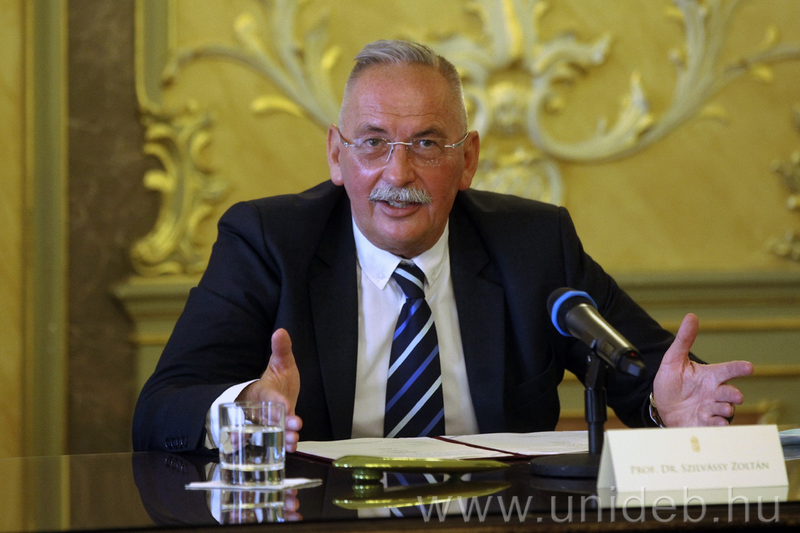 - Vaccine production is a special field, and the development of a suitable vaccine can take up to 10 years. This is why it is important that, through the system of the stable cooperation of UD with actors of the health industry, several thousand researchers can be mobilized to achieve this goal, said Zoltán Szilvássy.

The university leader added: as a national pharmaceutical actor, the university program has been a relevant actor of the protection strategy against influenza of Hungarian public health for decades, also building on the experience of Fluart Innovative Vaccines Kft., a company that produces vaccines which are compulsory or recommended in Hungary. 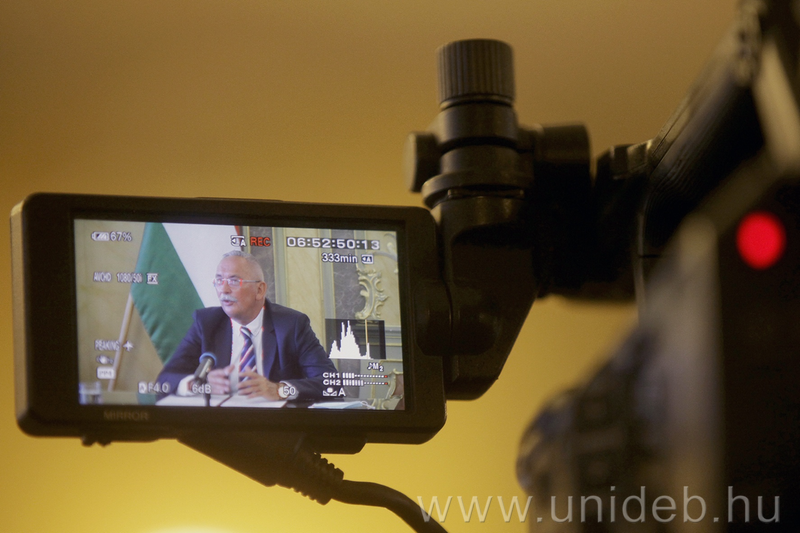 - The cooperation where one the country’s largest universities, the National Public Health Centre with centuries of epidemiological knowledge, and the only Hungarian-owned vaccine producer work together create a triangle that may achieve outstanding results in the fight against epidemics, Zoltán Szilvássy explained.

The cooperation between UD and the National Public Health Centre creates an opportunity to build a vaccine facility that can satisfy domestic demand for vaccines. The agreement is for five years.