Home Academics Connection between viruses and the weather

Connection between viruses and the weather

Many hope that the spring with its warmer weather will provide a solution to the corona epidemic. We asked the head of the Department of Meteorology of the Faculty of Science and Technology at UD about the effects of the weather on the spread of the virus.

- All weather elements from sunshine and temperature to rain and humidity affect the spread of viruses – pointed out Sándor Szegedi, head of the Department of Meteorology of the Faculty of Science and Technology.  According to his explanation, viruses basically want to enter a human body to reproduce, which means they are able to survive in more or less the same weather conditions as we do. This is why they spread more rapidly in closed environments that are independent of weather conditions than in the open air, where they are exposed to a variety of effects.

- The optimal temperature range for viruses is between 0 and 20 degrees Celsius. The mild climate of Wuhan, where the epidemic started, and the typically polluted air of the big Chinese town provided an ideal environment for the outbreak. By sticking to the floating particles in the smog, viruses can travel long distances. In Europe, the relatively mild and cloudy weather also facilitated the spread of the virus – explained Sándor Szegedi. 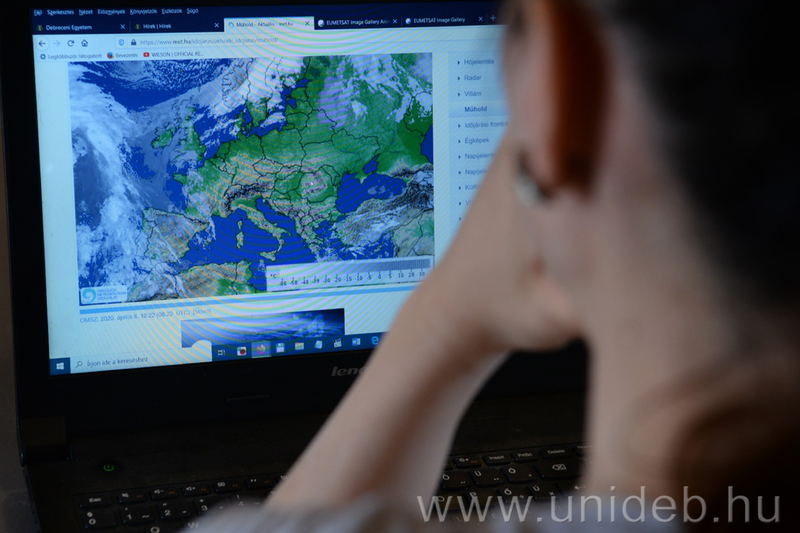 He also told us that temperature and humidity hardly affect the virus, except for temperatures well below zero and extremely high, over 90% humidity. These conditions slow down the spread significantly.

- Rain flushes out viruses from the air, while wind is double-edged, as it can move viruses tens of metres in the air. Out of the weather elements, direct sunshine is the greatest enemy of the spread, as ultraviolet radiation kills bacteria and viruses. This is why we use so-called germicidal lamps for disinfection. The same mechanism works at larger scale as well: the ultraviolet radiation in the sunshine kills all pathogens lingering on surfaces – said Szegedi.

The meteorologist added that the higher position of the Sun and the growing number of sunny hours in the coming weeks would increase the efficiency of UV, which may prevent the settling of viruses on Sun-lit surfaces.

Forecast models used by meteorologists are very sensitive to current conditions. For this reason, temperature, humidity, wind speed and wind direction is measured and monitored both on the ground and at various altitudes in the atmosphere. 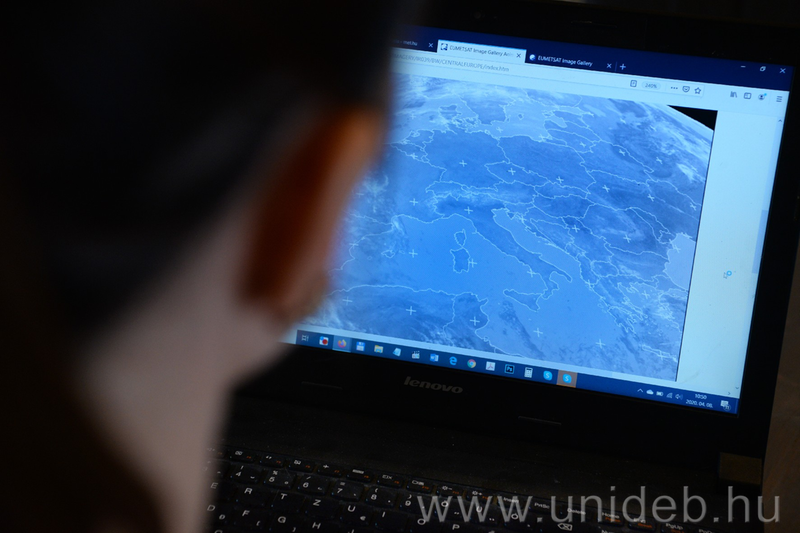 - Various methods are used for taking the measurements. We use sensors mounted on balloons. In Hungary, there are two balloon releases every day at two locations, in Budapest and in Szeged. As the balloon ascends, the sensor transmits data continuously. Also, airliners collect data both on the ground and at cruising altitude. These so-called AMDAR measurements (Aircraft Meteorological DAta Relay) significantly increase the accuracy of forecasts, especially when the weather is unsteady. Due to the corona epidemic, air traffic fell by 70%, which resulted in a 60% decrease in the number of AMDAR measurements, according to EUMETNET, an organisation representing European meteorology services – said István Lázár, assistant professor at the Department of Meteorology at UD.

Lázár added that based on simulations done by ECMWF (European Centre for Medium-range Weather Forecasts), the loss of AMDAR measurements have resulted in a 10-15% decrease in the accuracy of 12-hour forecasts in the northern hemisphere at the altitude range between 400 and 100 hPa (about 7-16 km). The decrease has been lower in the southern hemisphere, where air traffic is weaker.