The 105th academic year has begun

The first year students took oaths at the Senate meeting opening the academic year at the University of Debrecen staged in the Főnix Sports Hall on Sunday. The event was opened with Mihály Varga, minister of finance, emphasising universities’ role in research development and innovation.

The new academic year has begun for almost 30 thousand students, 10 thousand university workers, altogether close to 40 thousand university employees at the University of Debrecen. The new students were welcome at the Senate meeting at the opening ceremony staged in the Főnix Sports Hall on Sunday, September 8. 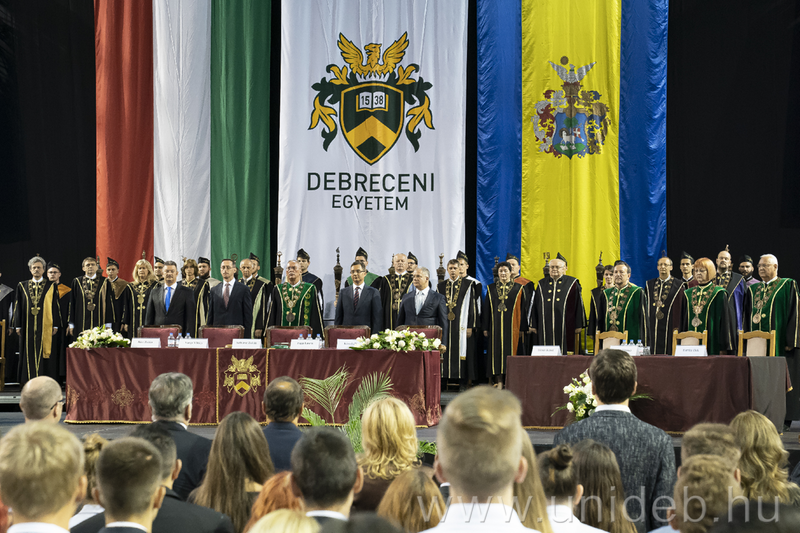 - The Reformed College of Debrecen, the legal predecessor of the University of Debrecen, was established in 1538 as a result of a decision by the city consistorium. This is where the most noble element of the brand of the University of Debrecen, a 500-year-old, very close relationship between the city and the university goes back to. The university building will play just as important a part in your lives as the emblematic buildings and places of the city, e.g., the Reformed Church, Zoltán Szilvássy stressed in his opening remarks.

The rector of the university also mentioned in his speech that a particular quality of the University of Debrecen is its immense tie to the city inherited from its alliance with it. 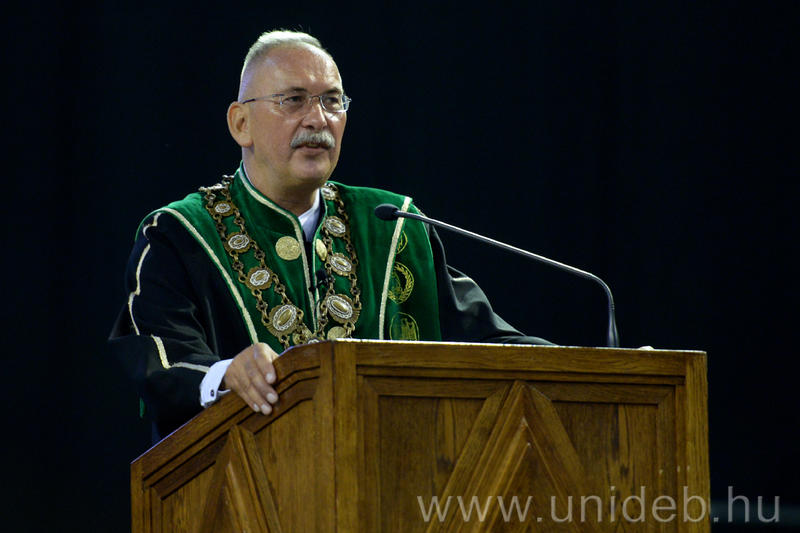 - It was fifteen years ago that the University of Debrecen joined the work of Pharmapolisz Debrecen Ltd., which was one of the first steps of the joint industry and economy development activity of the city and the university. That was when the golden triangle of research and development and innovation in Debrecen was formed: the industrial concerns under the leadership of the Hajdú-Bihar County Chamber of Commerce and Industry, the county council, and the University of Debrecen. This triad has expanded recently through the addition of a financial leg. As a result of this expansion, today this alliance of four faces completely new investment, industrial development, and innovation culture, Zoltán Szilvássy pointed out.

Member of Parliament Lajos Kósa talked about the fact that, due to the continuous development of technology and economy, there is no knowing today what today’s university students will be doing in 30 years’ time. 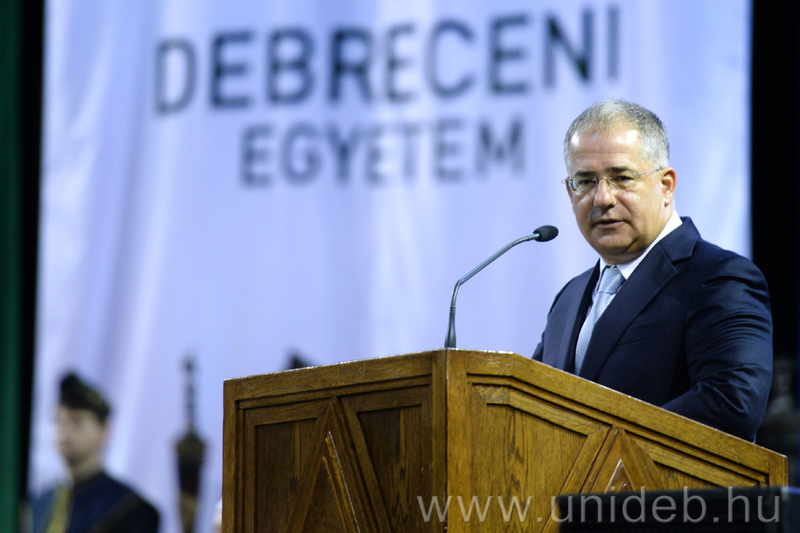 - Let’s turn our attention to the classical method: let’s place knowledge and performance in the centre. The government’s endeavours in higher education of recent years have all pointed in the direction of knowledge and performance. We do not know what exactly you will be doing in 30 years’ time, the important thing is that you should do it well and you should become the best in your fields. Prepare for the great task on which, in 30- 40 years’ time,  the fate  of the country will depend, you will mark out they way the country will develop, Lajos Kósa said.

On behalf of the Hungarian Government, Mihály Varga gave a speech. He stressed: it is in the interest of the Hungarian economy that the universities’ scientific and research results should be utilised as soon as  possible, strengthening  economic development and innovation. 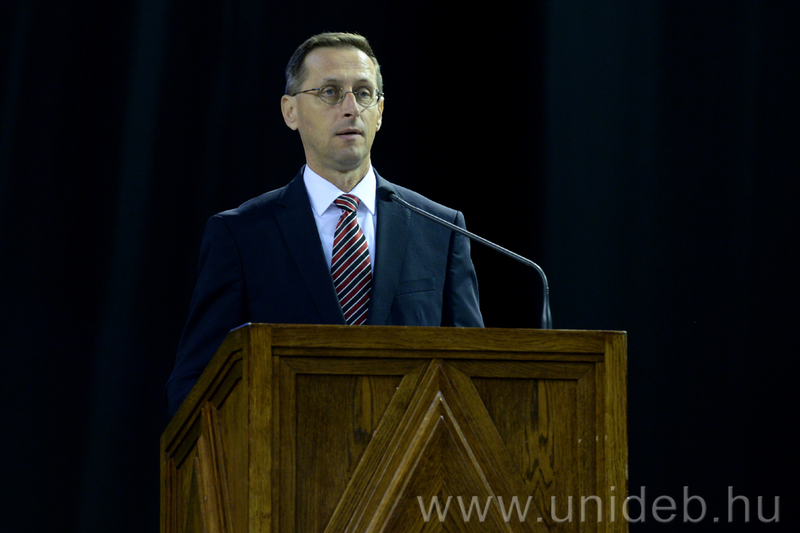 - As one of Hungary’s major strongholds of higher education and science, the University of Debrecen relies on the best traditions of Hungarian  intellectual life with its diversity, the level of scientific reasearch, and its engagement in important international knowledge networks, Mihály Varga said.

According to the Minister of Finance, by cultivating  both science and training on a very high level, the University of Debrecen keeps pace with fast development, and is simultaneously an heir to and a representative of traditions.

- The depth and complexity of the world and the concomitant challenges have been exprienced by the University of Debrecen during its scientific and research work as tangible reality for years. As a research university it creates basic research results that exert an incentive effect on research development, reating the possibility for new cooperation. With the above, the university has for years represented the Hungarian government’s stance  whose objective is to make sure that research results start to be utilised as soon as possible to promote economic development, Mihány Varga stated. 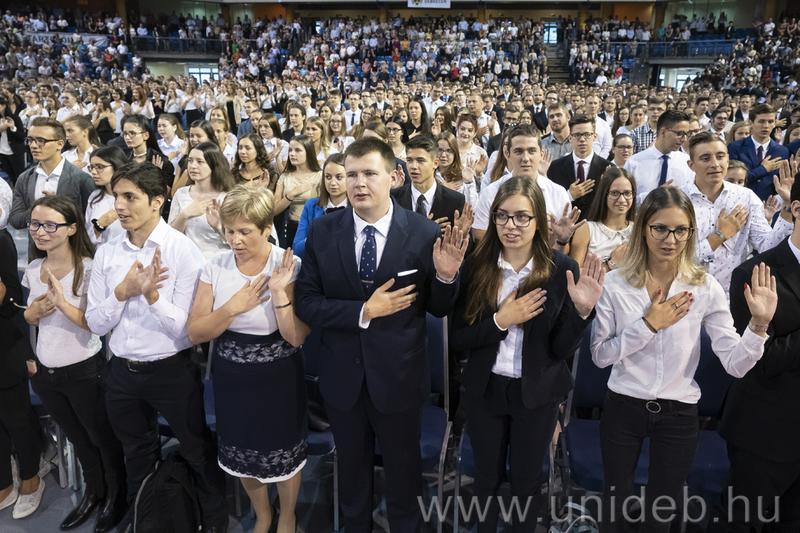 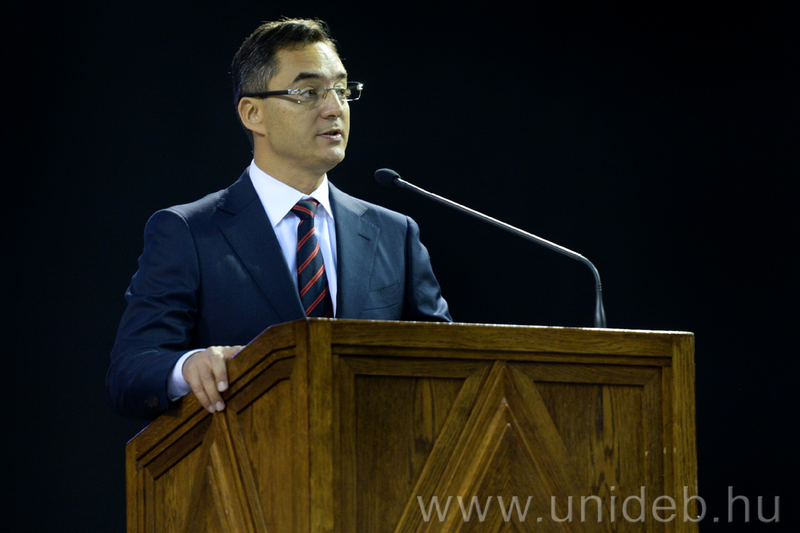 - This is one of the most significant moments of your lives: you have become university students, but in fact, your oath means even more than that. By being accepted by the university you have also become citizens of Debrecen.  The two go together in the same way as the city and the university have belonged together for more than a hundred years now. There is no other city in Hungary where these two entities, strengthening each other,  can be as effective in realising common goals as in Debrecn. Wde hope that this cooperation will have serious significance in your lifetime because the common  goal of the city and the university is to make Debrecen not only a temporary station in  your lives but rather a life-long relationship, László Papp said, adding that Debrecen can be successful, and developing only if it shapes its future together with its university.

On behalf of the Students’ Council of the University of Debrecen (EHÖK) chairman István Ádám Bognár welcomed the new students. Citing Szentgyörgyi Albert’s words, he drew first-year students’ attention to the importance of talent, hard work and perseverence. The chairman of the Students’ Council (EHÖK) also spoke about the importance of health preservation, introducing the sports facilities provided by the university as well as the sports club of the university, DEAC, which celebrates its one hundredth anniversary this year. 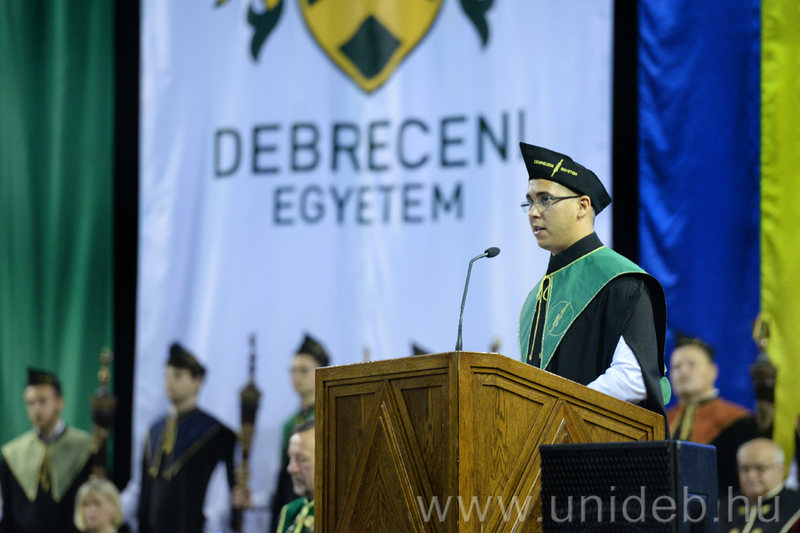 At the end of the senate meeting as opening of the academic year Elek Bartha, vice rector for academic affairs, Piroska Ailer, vice rector for technological innovation and  training improvement as well as István Bogár, chairman of EHÖK handed over plaques of recognition and awards. This plaque can be awarded to those who offer major support to the teaching and research work of the university, contribute to its development and its domestic and international visibility, and those who play an important role in developing the university’s social and  scientific system of relationships. The University of Debrecen has awarded the Pro Universitate Debreceniensi 2000 award to Tamás Vitézy, an economics specialist. Tamás Vitézy, with degrees in engineering and engineering economics, began his career before the change in the economic and political regime.  His first place of employment was the steel plant of Ganz-MÁVAG, where he worked as a chief engineer. Armed with leadership experience gained in the farming cooperatives of Göd and later Nádudvar, he established his own companies after the change of the regime. It was through some of his companies that we first were able to import natural gas from the Ukraine. He invested the profits of his natural gas business into the tourist industry in Croatia and became the first Hungarian to become the owner of the largest Croatian tourist company. Through his Ukrainian and Russian relations he came to a thorough understanding of the economic, market and fiancial position of the Pre- and Centreal Asian region. Together with specialists of the University of Debrecen, he is working on creating opportunities with China and Asian regions, utilising his diverse economic and  financial experience at the same time serving the interest of the university. 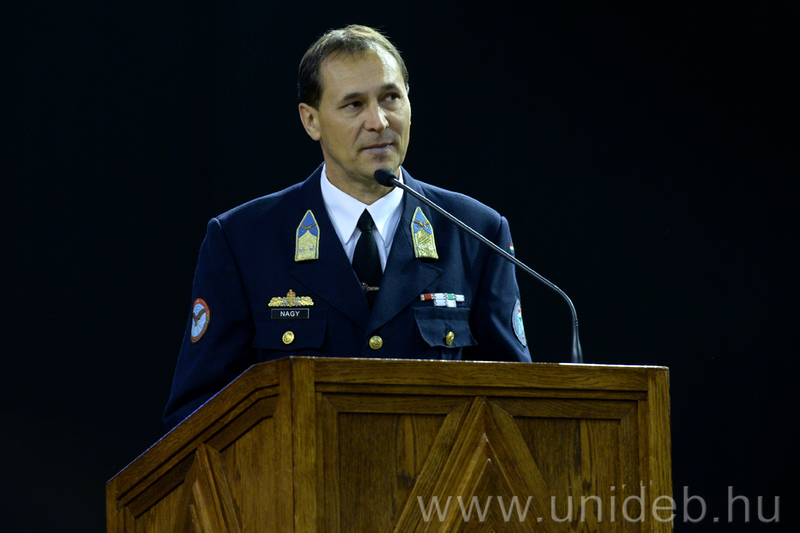 From 1968 until her death in 2006 Zsuzsa Juhász dedicated her life to patient care. Unto this day, her name has been synonymous with discipline, loyalty, and humbleness to healing work. The award was established by Zsuzsa  Juhász’s family and the Medical and Health Science Center of the University of Debrecen in 2010. The „Juhász Zsuzsa” award can be given to nurses or heads of nurses working in our patient care organisational unit, those who have made their mark on and contributed to the good reputation of the Clinical Centre with outstanding professional work for patients and the  community over a long period of time. Also taking into consideration the advice of Zsuzsa Juhász’s family, the Nursing Committee of the Clinical Centre award in 2019 was given to Józsefné Ötvös, manager of nursing of the Neonatal Ward of the Clinic of Paediatrics. Józsefné Ötvös has been working for the Clinic of Paediatrics since 1977, and received her first qualifications in the neonatal ward as a neonatal nurse. Over the years she has participated in several training programmes and courses, continuously improving herself, as a result of which she has become highly skilled in child care. Unto this day she has actively participated in raising the level of nurse training.  In 2002 she became a certified nurse.  In recognition of her precise, reliable work, she was assigned new duties, involving leadership tasks. With her professional knowledge she provides future generations with immense help. Her  dedication to her nursing profession and her conscientious work are exemplary. 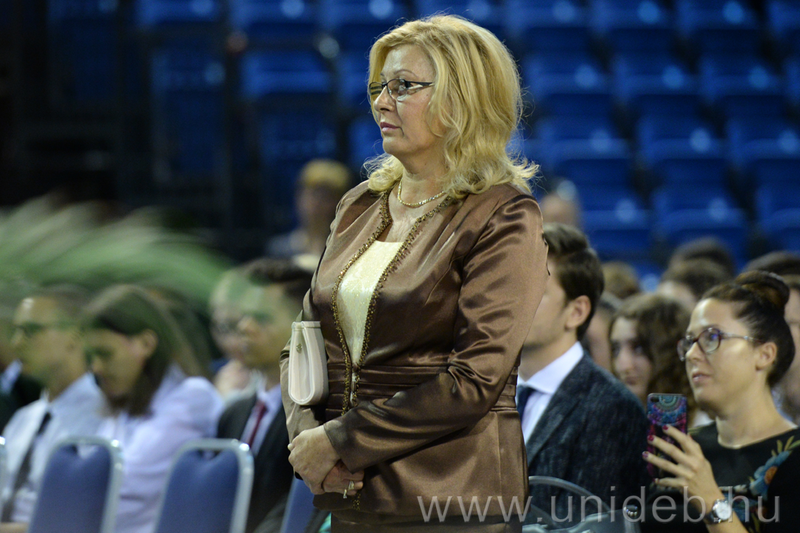