Debrecen Drive – everything that rolls

Those interested can familarize themselves with the trainings as well as research and development activities of the University of Debrecen related to the car industry at Debrecen’s new car industry’s event. Debrecen Drive will be open to visitors outside Nagyerdei Stadion on 25 and 26 May.

The most recent big event, Debrecen Drive’s press conference on May 8, was attended by participants  arriving by bike, segway, tricycle, race car, special lorry, and juggernaut. 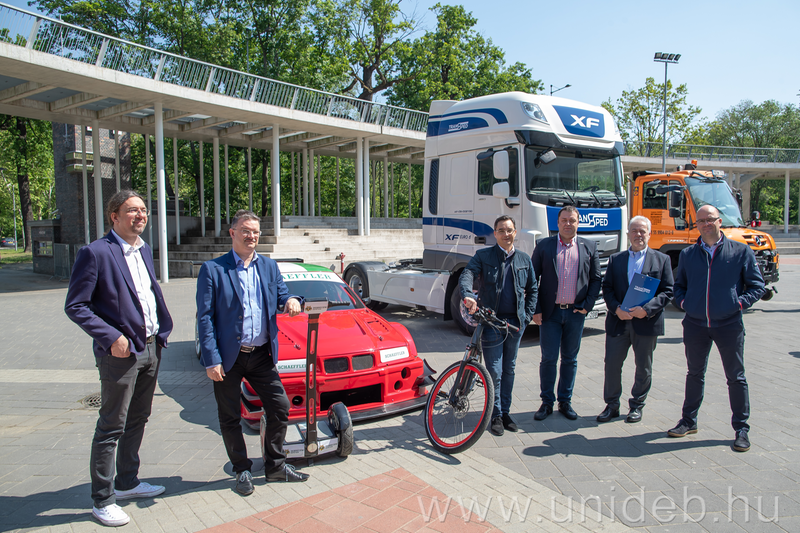 Managing director of the Debreceni Campus Nonprofit Közhasznú Kft., Péter Miklósvölgyi, recalled that they had decided to postpone the travel fair and car show event from March to a later date to be organized as a separate programme due to the whimsical weather of recent years. 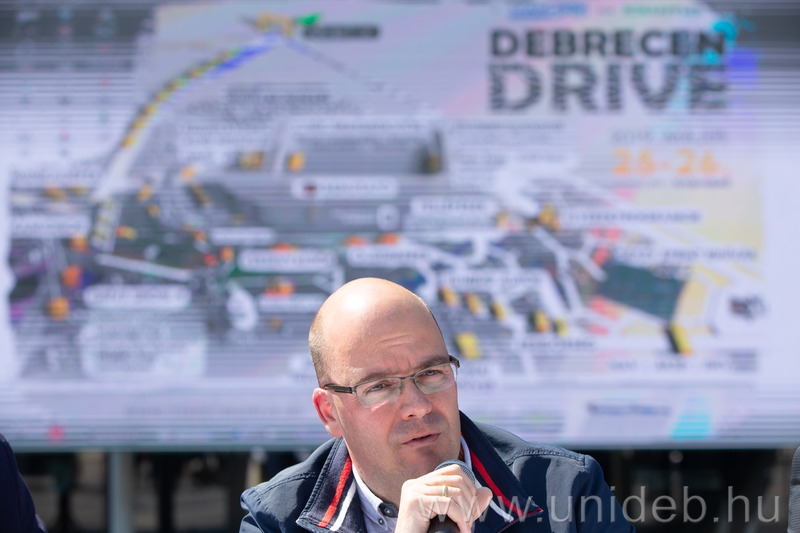 - Debrecen Drive offers a chance to all participants of the car industry sector, which is playing an increasingly decisive role in the city, to introduce themselves.  We intended to organise a complex event that could offer  things to see suiting not only car lovers but also their families as well as the professional audience, Péter Miklósvölgy stressed.

According to Chancellor of UD, Zoltán Bács, five years ago it would have been unthinkable that the car industry would start to develop and the car industry’s top corporations would settle in Debrecen. He added that the University of Debrecen was glad to join the  initiative as the organizer of the professional and scientific part of the event. Participants interested in the car industry can attend lectures by ministers and state secretaries and familiarise themselves with trainings as well as research and development activities of the university related to the car industry. At the professional conference „The future of the car industry and the Hungarian economy” there will be talks by policy-makers  as well as on the most recent information communications technologies and the innovation activities of the local economic actors. 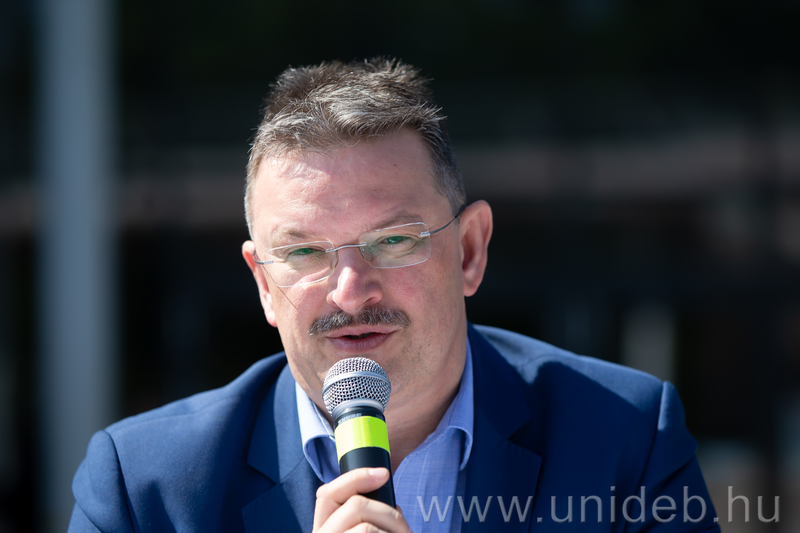 Mayor László Papp stressed that Debrecen Drive, with its focus on the car industry, which is undergoing revolutionary changes, is a programme which fits nicely with the city’s image of the future. 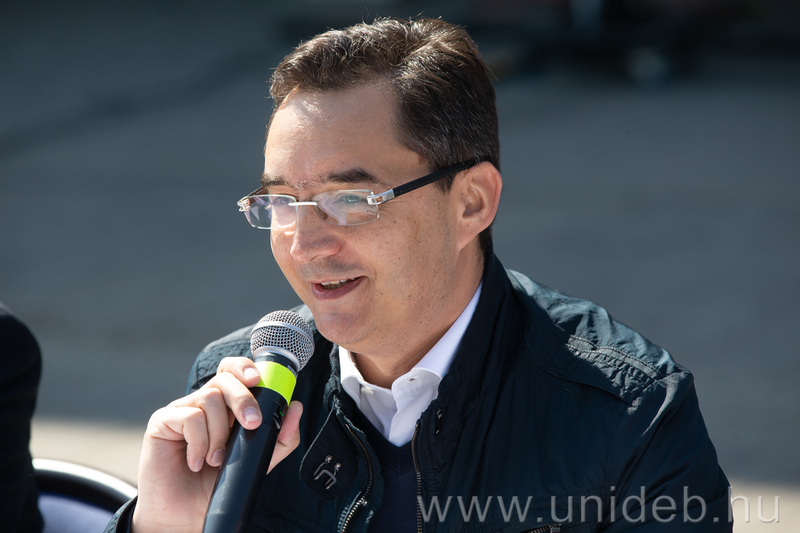 - The organizers, having attained fame with Campus Festival, have laid the foundation of a new major event in Debrecen, in a city that intends to focus on the car and vehicle industry and the related technological processes and developments in the next years or even decades, the Mayor pointed out. 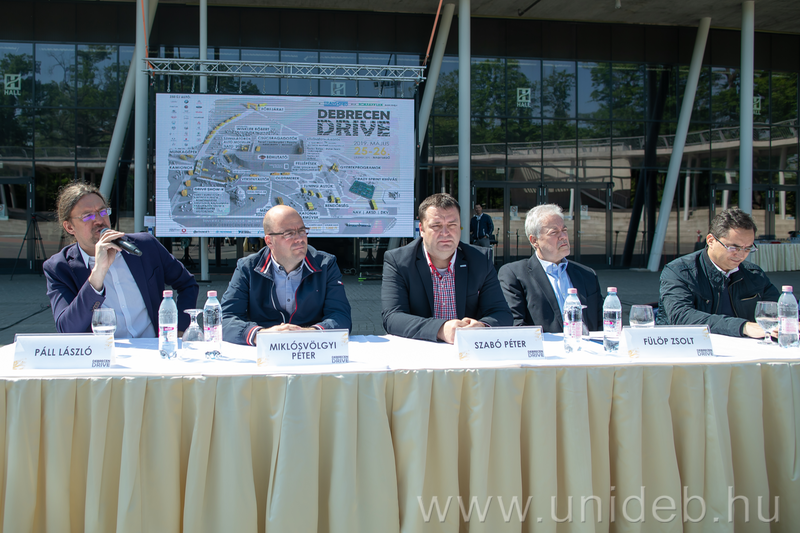 László Páll, managing director of the company operating Nagyerdei Stadion said that the event would cover an area larger than Campus Festival. The main entrance will be at the crossroads of Nagyerdei körút and Ady Endre út, with salon cars to be hosted in Nagyerdei Körút and the most exqusite ones: Ferrari, Porsche, Lamborghini, Maseratti and Aston Martin sports cars.

In the Drive Katlan visitors ont he terraces will be able to watch programmes provided by stuntmen, drift cars, motorcycles and big foot monster trucks. In addition, there will be oldtimers, tuning cars, sports and cross country motorcycles, long vehicles, and machines.  Children can try the special vehicles of the police, the fire brigade, AKSD municipal management company, DKV transport company and NAV, the national tax authority, in and along Pallagi út. Further programmes will await children in addition to the above like meeting stars Norbert  Michelisz, Szalay Dakar Team, Tankcsapda, Beniipowa, Szalay Isti, Unfield , concerts by USNK, Stolen Beat, Irigy Hónaljmirigy , as well as an obstacle course.