Home Academics Tímea Babos: “This Will Be a Fantastic Tennis Hall”

Tímea Babos: “This Will Be a Fantastic Tennis Hall”

According to plans, the new university tennis centre, which is under construction at the Böszörményi Street campus, will be available to students from September. During her visit in Debrecen, Tímea Babos, the first Hungarian tennis player to hold the world champion title, also visited the facility.

The 25-year-old Grand Slam winner athlete with doubles world ranking 3 travelled to Debrecen in the framework of her official programme on Tuesday, which also included a visit to the hall. She was accompanied by the chancellor of the university and senior city officials. 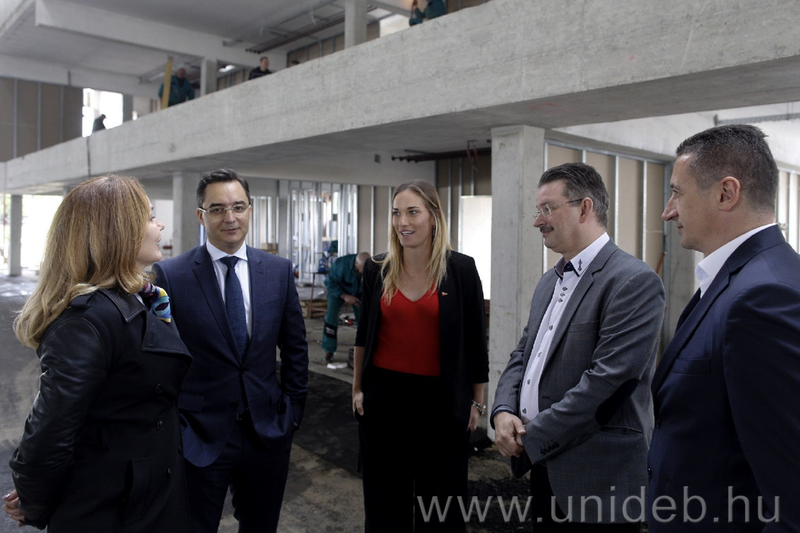 - It is amazing. This sports facility will be beneficial to both the town and the whole student community of Debrecen, i.e., about 70,000 young people, including university and secondary school students. I am sure that this fantastic hall will operate with a high level of utilisation – said the world champion, who was also invited to the opening ceremony by the chancellor, after visiting the facility. Timea Babos said that she was more than happy to find time in her competition calendar to come back and try the new courts.

The hall, which will be finished in phase 1, is 60 percent complete. Tuesday morning the team of the contractor was working on the substructure. These works will be followed by the construction of layers of the court floor. The hall will serve sports and educational purposes. On the first floor there will be 4 hard-surface courts, locker rooms and 3 classrooms, while the second floor will accommodate the Department of Sports Economics and Management. In relation to Babos’s visit, Zoltán Bács, Chancellor of the University of Debrecen, said that court surfaces in the new facility being built at the Böszörményi Street campus will be among the best in Hungary. However, we will have to wait for the opening a little longer. 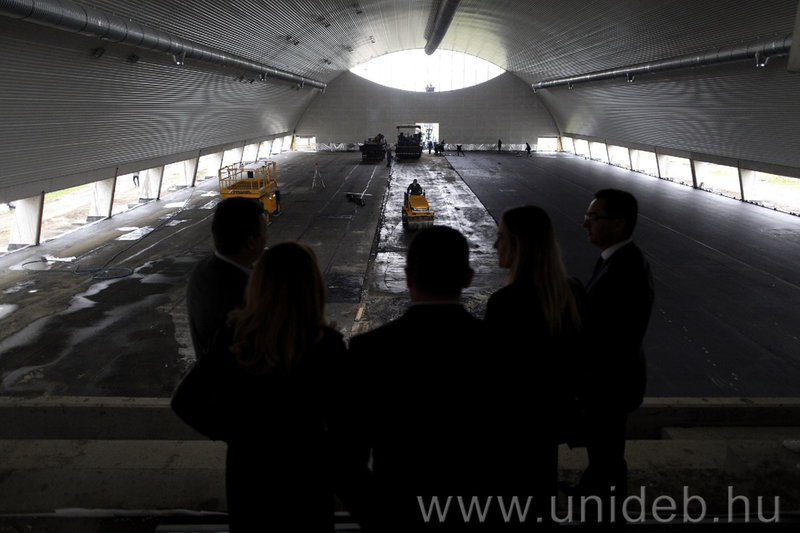 - Today’s visit has proved that the original deadline, 3 May, will not be met. We are waiting for a new deadline from the contractor, which is expected to be around the end of summer. As for education, the delay will not cause any problems, since the facility, or at least the hall, should be ready by September. The open-air courts and the padel courts, as well as another hall will be completed in the next phase – the chancellor added.

The foundation stone of the 860 million HUF facility was laid in October, the complex is expected to be completed by the beginning of academic year 2019/2020. As a university facility, the tennis centre will be primarily used for PE classes and sports purposes. A tennis school will also operate in the facility, and time slots will be established for the citizens of Debrecen as well.