Working as an Engineer – Creativity + Freedom

As guest of honour at the Days of Industry, Ferenc Anisits Hungarian development engineer and honorary lecturer of UD, who developed a diesel engine BMW has used for 30 years, delivered a lecture at the Faculty of Engineering on Friday.

His lecture entitled "Technical Education at the Service of Society" was relevant on the one hand because it was his inaugural speech as honorary university lecturer, and on the other hand because it took place on the very day Debrecen and BMW signed the contract about the new facility at the Main Building of UD.

- The University of Debrecen has decided to launch an undergraduate course at the Department of Mechanical Engineering with an automotive industry process engineer specialisation –  Ákos Pintér recalled the decision made in 2014 in his welcome speech. The vice rector for general affairs of UD highlighted that even though it was only hearsay, one could suspect that there was a huge competition ahead. Győr – Audi, Kecskemét – Mercedes, Szentgotthárd – Opel. The question was where BMW would go. Now we know the answer – said the vice rector, who recalled the development of the relationship between the Hungarian and Bavarian parties, highlighting the role of UD, where a Government Commissioner's Office will open soon to support technical development, and which awarded the honorary university lecturer title to Ferenc Anisits, who wrote history with the diesel engine he developed for BMW. 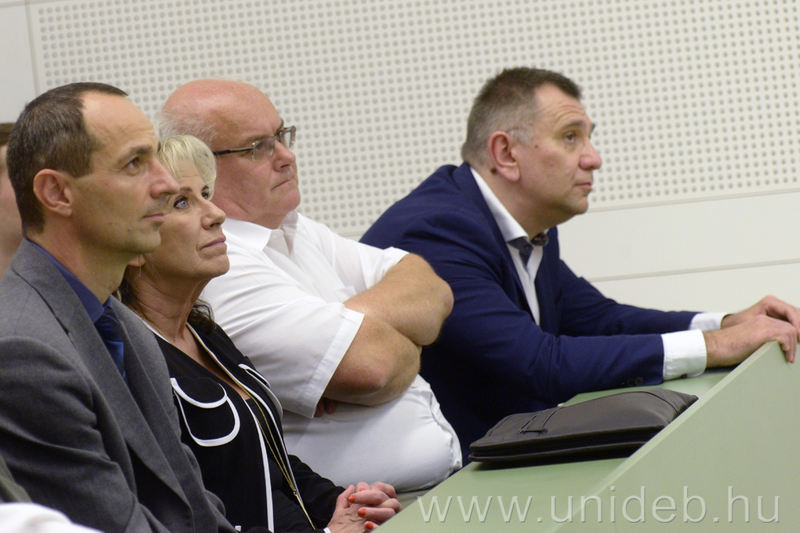 Ferenc Anisits started his lecture with an overview of the results and achievements of the industrial revolution and the following period, emphasizing that it was the era when technical and engineering science parted ways with natural sciences.

- The term "technical" derives from the Greek word "techné", which refers to the artistic features of a profession. Today this is called professionalism. While natural sciences aimed at getting to know nature, applied research wanted to explore how knowledge could be utilised in practice. The key values of technical sciences are unambiguity, transparency, objectivity and novelty. Thus the goal of engineering science is not collecting and acquiring knowledge, but rather using knowledge as a tool to create something useful. This is why huge companies, including those operating in the automotive industry, use exclusively applied research, instead of basic research – the presenter emphasized. 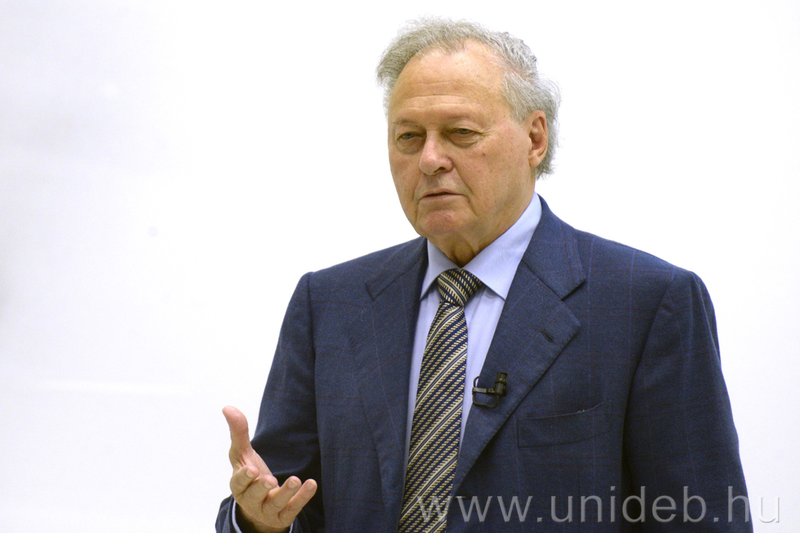 Ferenc Anasits sees the establishment of Technical Academies as the way of the future. According to Anasits, they should be competency centres of experts and scientists, where potential members are required to demonstrate results in the field of science as well as international recognition. Their mission is to provide science-based and public-oriented political and social advisory services in technology-related issues based on the principle of sustainable development.

- Innovation cannot be based exclusively on fundamental research. Taking the expectation of society and sales opportunities into consideration, engineers work purposefully in the framework of projects. Interests, alternatives and risks should all be considered. At the same time, the word 'problem' is not in my vocabulary – there are tasks and solutions – explained the development engineer. However, he also called attention to the dangers of the overuse of IT. The ability to focus in young people is far below expectations these days. 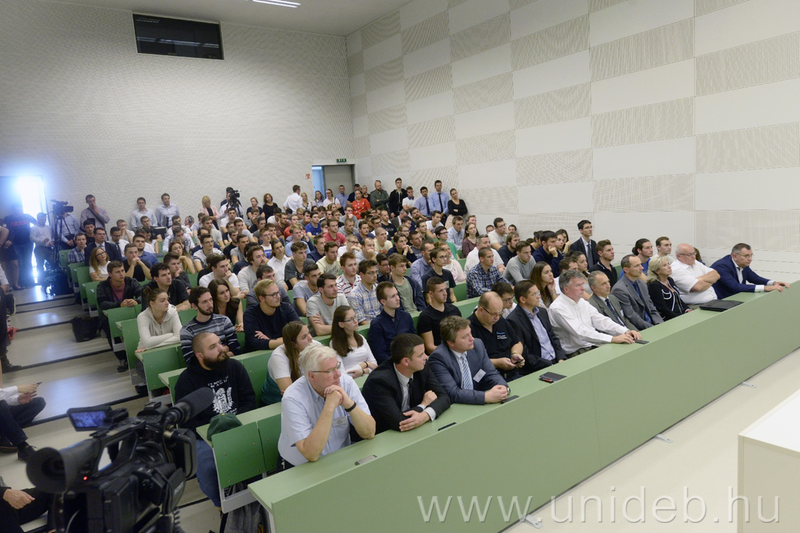 In his lecture he also mentioned the effects of bureaucracy. Even though engineering basically requires creativity, meeting the rules and standards are no less important. For instance, when designing a car, engineers have to meet about 2,000 regulatory requirements. This process needs bureaucrats, but creativity requires freedom. He urged the relevant Hungarian bodies to establish an Engineering Academy as soon as possible.

- Once upon a time, the Carpathian basin was the land of geniuses. Today we are in the last third in the rankings in terms of innovation. High-quality university programmes that focus on acquiring knowledge instead of just obtaining a degree are of utmost importance. Besides, in order to revitalize scientific activities and boost the performance of the country in the field of innovation, cooperation should be established with foreign research institutes, and SMEs should also be involved in the programmes – suggested the professor.