A New Discovery in Nanotechnology

Researchers at the University of Debrecen have succeeded in transforming extremely thin films of metal into a special alloy. The article on the new discovery and its relevant research background has been published in one of the top ten periodicals on materials science, Progress in Materials Science.

When a binary AB thin metal film is heated, the atoms inside it will start to diffuse and mix after a while, thus creating a new alloy. At a relatively low temperature, the grains migrate along the grain boundaries, while upon a shift of grain boundaries, they can interdiffuse. This phenomenon had already been widely recognized as early as the 1970s; however, research of this field gathered a new impulse only after the advent of nanotechnology. At Debreceni Egyetem Fizikai Intézetének Szilárdtest Fizikai Tanszék [Department of Solid State Physics of the Institute of Physics at the University of Debrecen], researchers have been investigating what happens if grain size is reduced to nanostructural values. 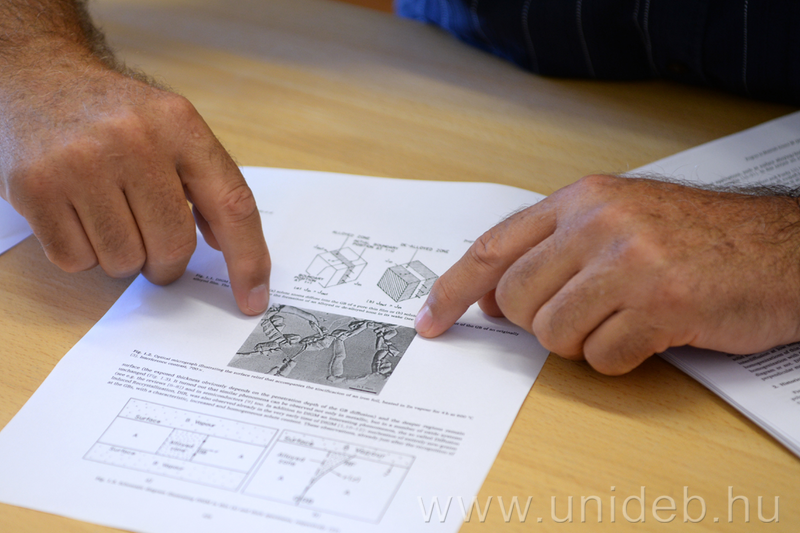 “Alloys used to be created at high temperatures, because the atoms under such conditions migrate not only along the grain boundaries but they can also penetrate the material, whereby reaction layers get to be formed. We, however, operate at a lower temperature, in which case reactions occur only along the grain boundaries. By using nanotechnological methods, we decreased the size of the grains to such an extent that makes it possible for the alloying provinces to contact through shifting the grain boundaries, through which the entire material can become homogenized, which represents a new phase. Since the grain size is smaller in this new technology, we do not need such high temperatures as we used to in the old procedures beforehand. In fact, we can achieve the same effects as before at a temperature that is 200 degrees Celsius lower. What is more, the process is easier to manage and control, as we can also reduce the chance for unintended effects to occur,” said Dezső Beke, Professor Emeritus at the Department of Solid State Physics. 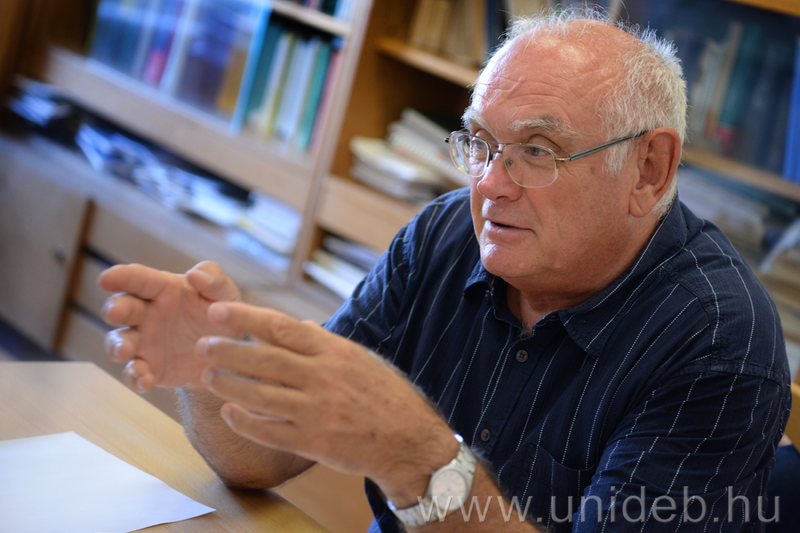 In their recently published article, the researchers from Debrecen also introduced a general model description of the alloys created through inter-diffusion along grain boundaries at low temperatures. Earlier, it had not been evident that diffusion at the atomic level could also induce a phase that would correspond to chemical solution: now the experts of the Institute of Physics have shown that it is indeed possible. In addition, it seems that this phenomenon may be used not only for creating new alloys but it can also illustrate how certain material types deteriorate. 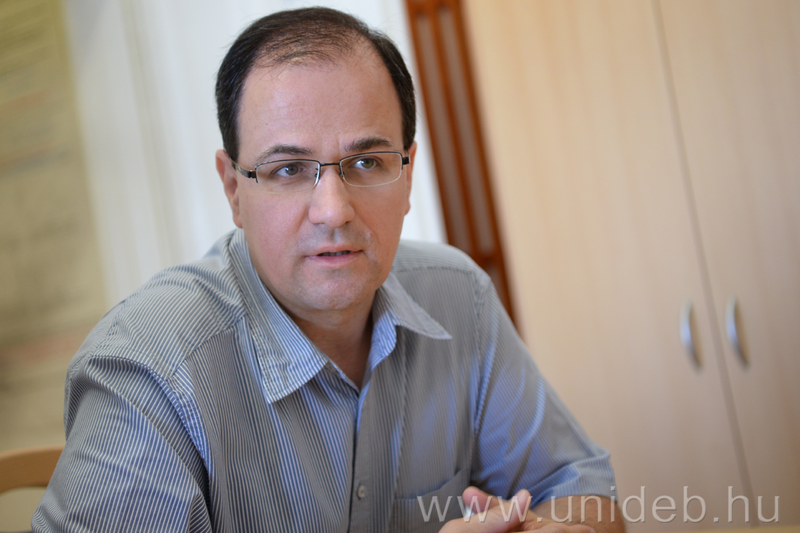 “If such materials are used under similar conditions, the instrument containing them can easily malfunction. For example, in power stations, these instruments or tools should have a life cycle of years or even decades at temperatures of several hundred degrees. Nevertheless, if the component materials get into a reaction with one another, the instrument containing them is no longer fit for taking care of its task. In cases like these, we need to figure out how the process can halted or blocked,” said Assistant Professor at the Department of Solid State Physics Gábor Katona.

In addition to analyzing the electron microscopic and x-ray diffraction spectroscopic images, the changes in the composition of the material have also been examined with a unique instrument available at the Institute of Physics:  secondary neutral mass spectrometer (SNMS). 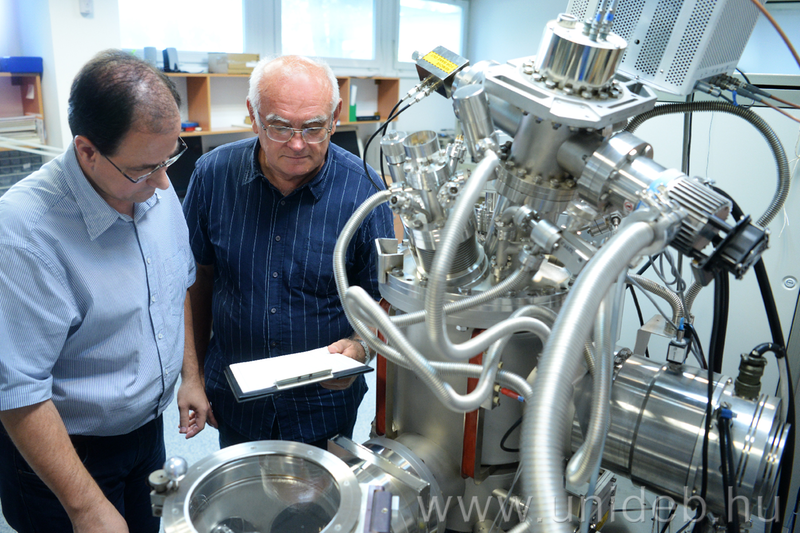 One of the possible specific areas of application for the new discovery might be the production of integrated electric circuits, where it is of key importance to be able to create alloying thin films at nanostructure size. Another important application possibility could be the field of magnetic data storage. 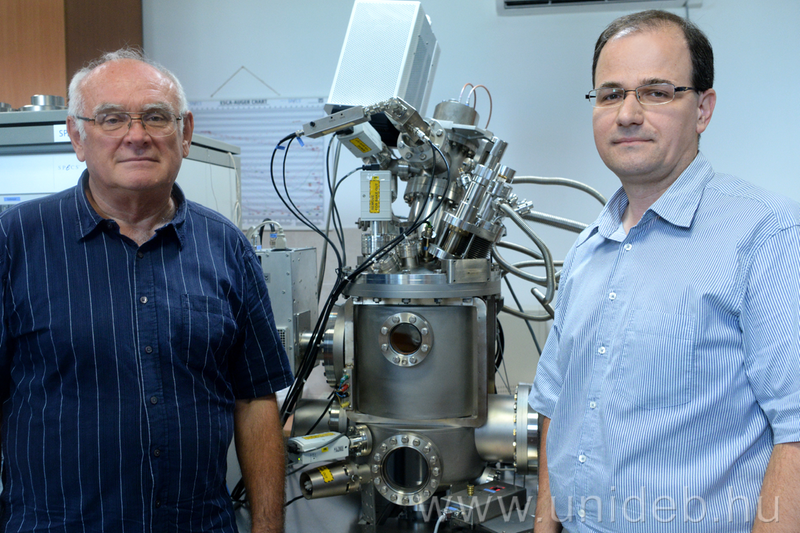 The article came out in the prestigious periodical on materials science, Progress in Materials Science. This periodical specializes in publications on discoveries and inventions in materials science that can also be applied in the field of engineering, and it has a five-year impact factor of 31.19, which clearly indicates the value and the novelty of the findings of researchers from Debrecen. The hard copy of the article will appear in the October issue of Progress in Materials Science, but you can already access it online here.