Home Academics We will host the European University Games!

We will host the European University Games!

For the first time in Hungary, the University of Debrecen and the University of Miskolc will jointly organise the 2024 European University Games. After the 4th Summer Universiade held in Budapest in 1965, Hungary will now host an university multisport event with the highest number of participants. 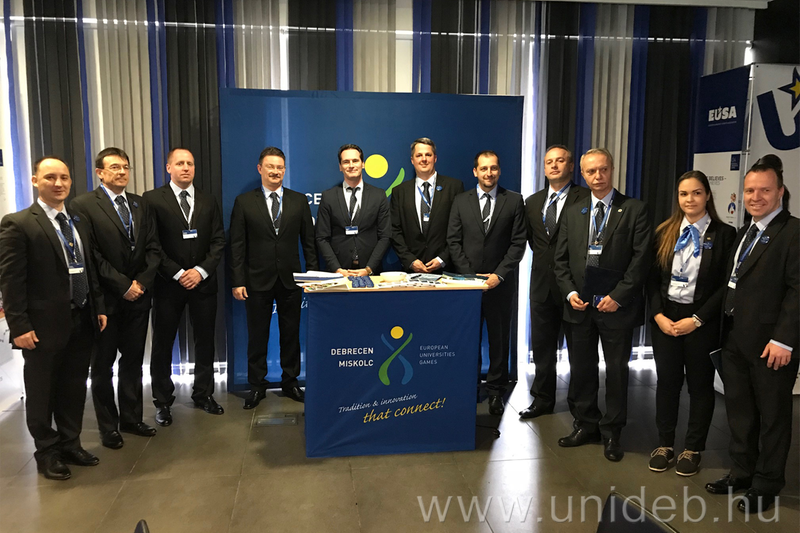 Out of the applicants, only two were able to meet the rigorous requirements set for those wishing to host the Games: the Hungarian and the Polish bidders, who presented their ideas to the Executive Committee of the European University Sports Association in front of 130 representatives of about 40 countries in Madrid on 12 April. The Hungarian presentation was the result of a series of discussions and expert and management site visits, and was held jointly by the chancellors and sports directors of the two universities, the vice mayors of the two towns, the representative of the Hungarian University Sports Federation, and Péter Sárfalvi, deputy secretary of state for youth and sports of the Ministry of Human Capacities.  Hungary preferred to host the 2024 Games, as in the second half of that year our country will take over the presidency of the EU.

The decision was announced by Adam Rocek, president of the EUSA, on Friday: the Polish applicant won the right to host the 2022 Games, while the Hungarian applicant can organise the Games in 2024. According to the unanimous opinion of members of the Executive Committee, the Hungarian delegation had given one of the most professional presentations ever. 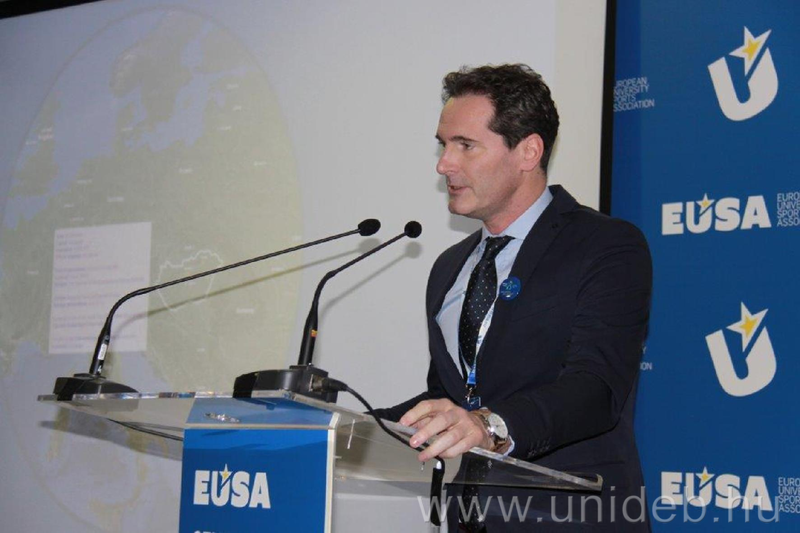 - I find it a huge success that Hungary, specifically Debrecen and Miskolc, won the right to host the European University Games in 2024. The government pledged full support for the event, which nicely follows the World Aquatics Championships and EYOF, and is expected to be the biggest multisport event in Hungary ever – said Péter Sárfalvi, deputy secretary of state of the EMMI, who received a plaquette for participating in the bidding process from Adam Rocek, president of EUSA.

Hungary has never organised a multisport event of this nature and scale – in the summer of 2024 sportspeople from 400-500 universities of over 40 countries will be put to the test in 13 sports and 2 demonstrative sports. 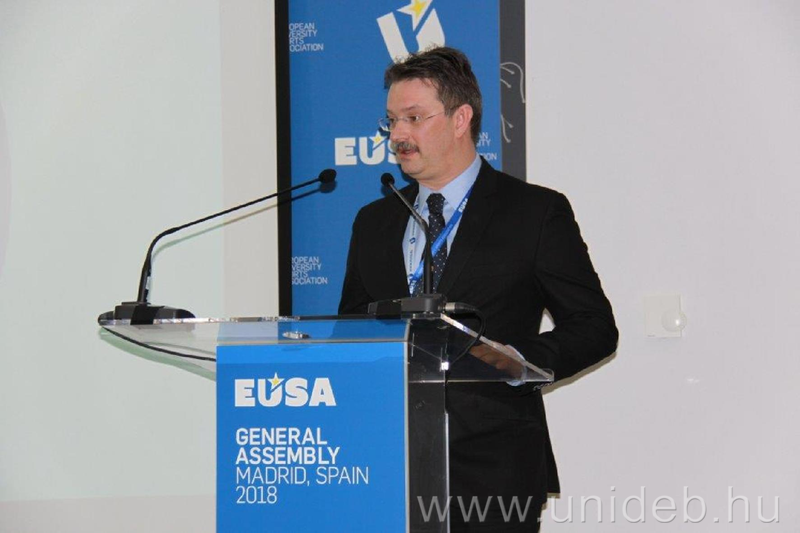 - Hungary has six years to get prepared for the event. However, the scale of the event with 5,000-6,000 sportspeople, 1,000 volunteers and 300 participants with other roles pose a great challenge to the two towns and the two universities. Fortunately, a significant part of the infrastructure is already available, and we have the necessary experience to organise the event successfully. Debrecen and Miskolc are ready to create something to remember both in terms of the quality of cooperation and the quality of the sport and cultural events – emphasized Zoltán Bács, chancellor of the University of Debrecen.

Debrecen will host the B3x3, badminton, futsal, handball, volleyball, judo and beach football competitions, while the basketball, football, table tennis, tennis, karate and orienteering competitions will be held in Miskolc, reflecting the close cooperation and coordination between the two towns. The Games will be coupled with rectors' and science conferences as well as other educational, professional and cultural events, including Campus Festival. 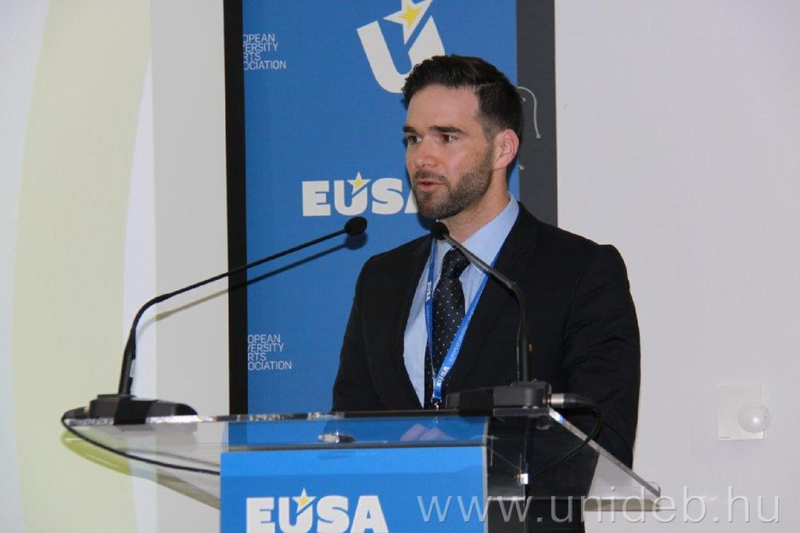 - Debrecen is prepared for organising an event of this scale. We are very proud that we can show Europe how beautiful, well-prepared, professional and sport-loving our town is. We look forward to hosting the students of nearly 400 European universities in Debrecen, and we wish them to have a good time in the Nagyerdő! – said Lajos Barcsa, vice mayor of Debrecen.

From 2012 on, the European University Sports Association has organised the European University Games every second year. Previous hosts of the Games were Córdoba (2012), Rotterdam (2014), and most recently Zagreb-Rijeka (2016), where Hungary was represented by 11 higher education institutions, including the UD, with 122 students who won a total of 13 medals. This year the Games will be held in Coimbra (Portugal).