A Newly Signed Cooperation Agreement with the Company Richter

The University of Debrecen and the pharmaceutical company Richter Gedeon Nyrt. have signed an agreement to prolong their scientific cooperation that has existed in the fields of research and development and education for the past ten years.

This company also plays an important part in the implementation of the project of the university called Debreceni Egyetem Felsőoktatási és Ipari Együttműködési Központ Projekt [Higher Education and Industry Cooperation Center Project of the University of Debrecen].

“One of the most important partners of the University of Debrecen is the pharmaceutical company named after Gedeon Richter. Our extremely significant and long-standing cooperation is re-confirmed today through the renewal of the agreement on education, research and development,” said Rector Zoltán Szilvássy on Thursday at the University of Debrecen, where the document was signed by the representatives of the university and those of Richter Gedeon Nyrt. 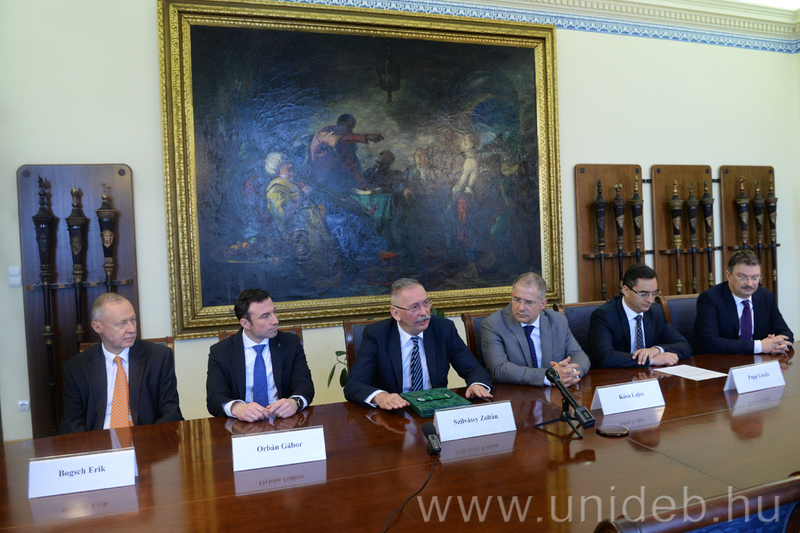 The rector recalled that the first and only pharmaceutical cluster in Hungary to date had been established more than ten years ago, together with the only Felsőoktatási és Ipari Együttműködési Központ in the Hungarian health industry. 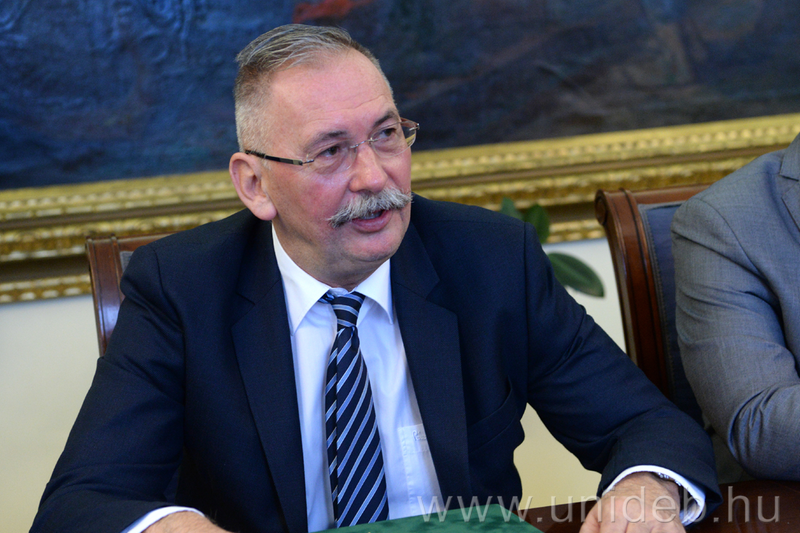 Gábor Orbán, CEO of Richter Gedeon Nyrt., remembered that the company had taken on a considerable challenge a decade ago in order to initiate developments in biotechnology, one of the fastest developing fields of the health industry. 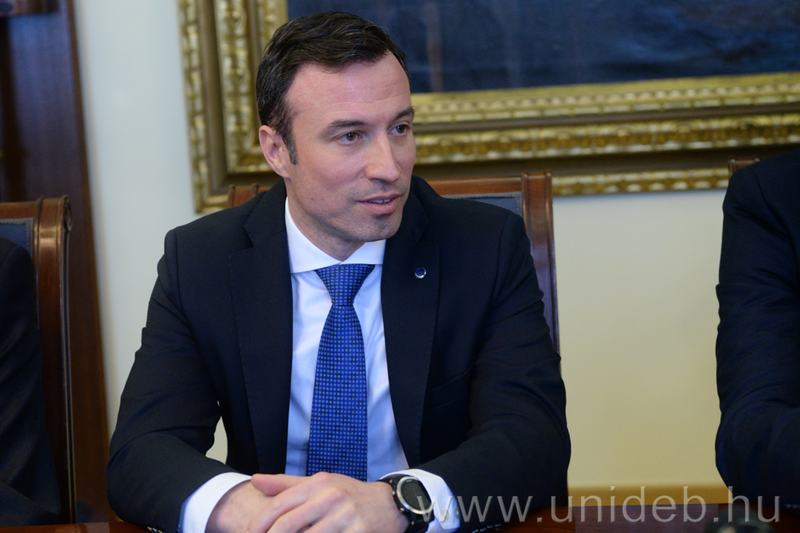 “In this work, we appreciate every effort to help: we consider the University of Debrecen a very decisive national resource in cooperation with which the chances of success significantly increase. There are agreements that facilitate this process at work already, and their number and significance are going to boost as of today,” said Gábor Orbán.

Erik Bogsch, Chief Executive and Chairman of the Board of Directors of Richter Gedeon Nyrt. added the following: As early as ten years ago, at the time of the establishment of the Debrecen biotechnological plant, the background provided by the university seemed to be an important aspect, and this has been influential in the continuous expansion of the industrial park and the plant ever since, which both the municipal and the national government have also supported substantially. 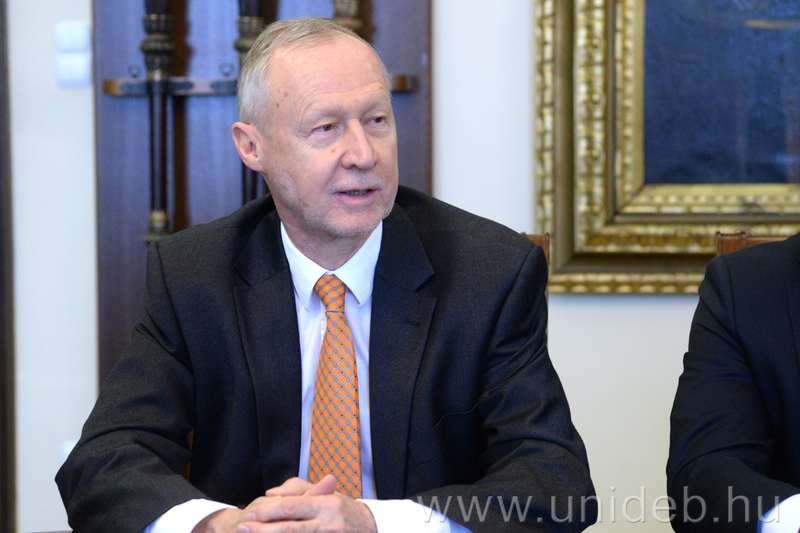 “For our company, which is a pharmaceutical firm with one of the most impressive past history, an important objective is to retain the talented Hungarian experts at home so that the high added value of their work should materialize here in Hungary,” said Chairman Erik Bogsch.

Chancellor Zoltán Bács underlined that, beside the pharmaceutical cluster, the university and Richter Gedeon Nyrt. were both the founding members of Magyar Sport- és Életmódfejlesztő Klaszter [Hungarian Sport and Lifestyle Development Cluster] as well. 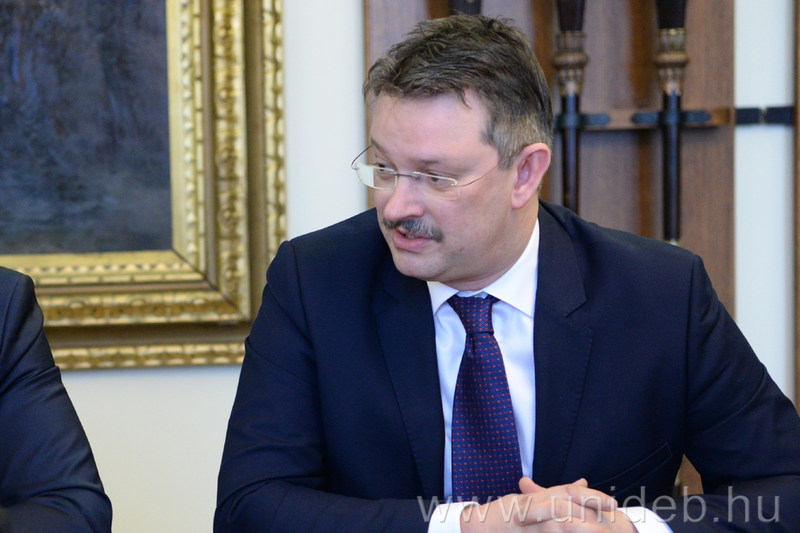 “We can enter a very broad circle of international cooperation through this agreement, and the successful operation model of Debrecen’s stadium is also partially due to this opportunity. In this cluster, there are a lot of chances opening up for us and for Richter, which we will hopefully be able to use for advancing in various lifestyle development projects as well as on the pharmaceutical, food industry, and food supplement marketplaces,” said Zoltán Bács.

Lajos Kósa, Minister without Portfolio, responsible for the Development of Cities of County Rank, was also present when the agreement was signed. Concerning future government plans, he revealed that the national government was committed to support the HUF 4 billion research project of the University of Debrecen on the development of functional foods 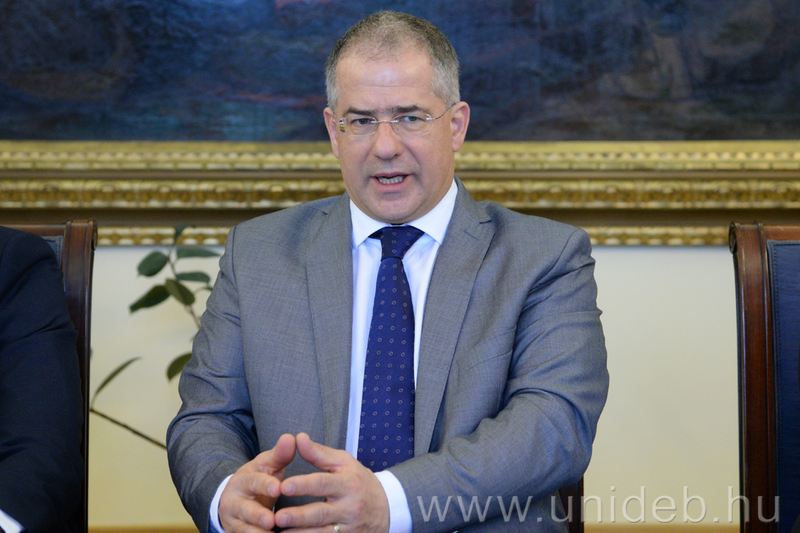 “From the aspect of the future of Hungarian food economy, functional foods obviously represent better perspectives than trying to sell traditional mass products on the world market. For this, however, it is necessary to have the proper research background, for which reason the University of Debrecen is planning to establish a research center in the settlement of Mád, at the Tokaj wine region. This is supported by the national government, the same way as the preparation of the national vaccine producing plant to be founded here is,’ said Lajos Kósa.

Mayor László Papp shared the following thoughts with the crowd: It makes us very happy that the companies located in Debrecen or planning to move plants here use and count on the knowledge base represented by the university and regard it to be a catalyst of innovation. The amount of capital and investment value that has come to our city owing primarily to the presence of the University of Debrecen can already be measured in HUF 100 billions now. 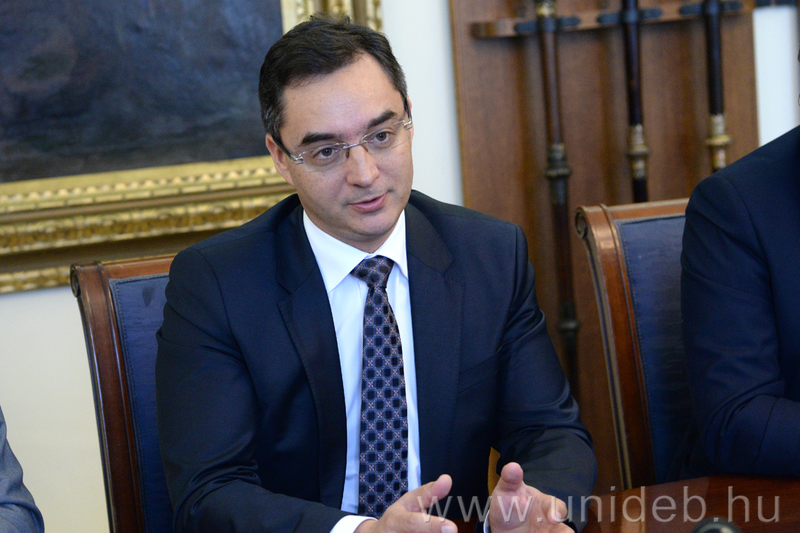 “It is a great pleasure for us to see that Richter is intent to continue the development and expansion of its Debrecen plant. The current expansion of the Debrecen-located biotechnological plant is expected to generate more than 120 new jobs in our city,” said the highest official of the local government.