Home Academics They Count on Our University

They Count on Our University

Through an investment of about 100 million euros, a new plant is to be established in Debrecen by the German technological giant Continental, creating 450 new jobs. An important part in making this decision has been played by the knowledge base represented by the University of Debrecen.

“This is a very important day for the economy of the city of Debrecen and for the development of our community: a significant stage of the economy development policy initiated back in 2014. It seems that our efforts that we have exerted into creating the appropriate organizational background and the transformation of education profiles start to bear fruit. Between 2014 and 2018, as many as 23 investment decisions were made about Debrecen, bringing in HUF 200 billion working capital and generating 4700 new jobs,” said Mayor László Papp at the press conference held on February 22 in the convention center called Kölcsey Központ. 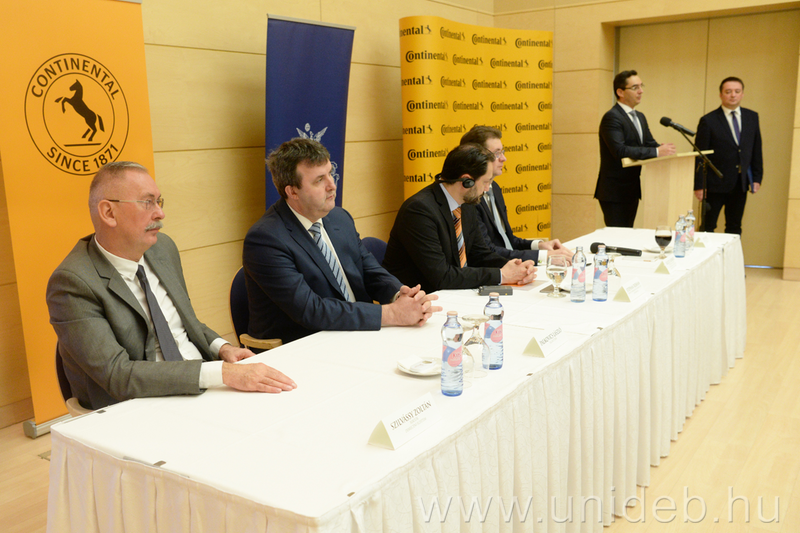 The mayor recalled that the series of negotiations with the German technological giant on the largest investment of the past years started as early as 2016. 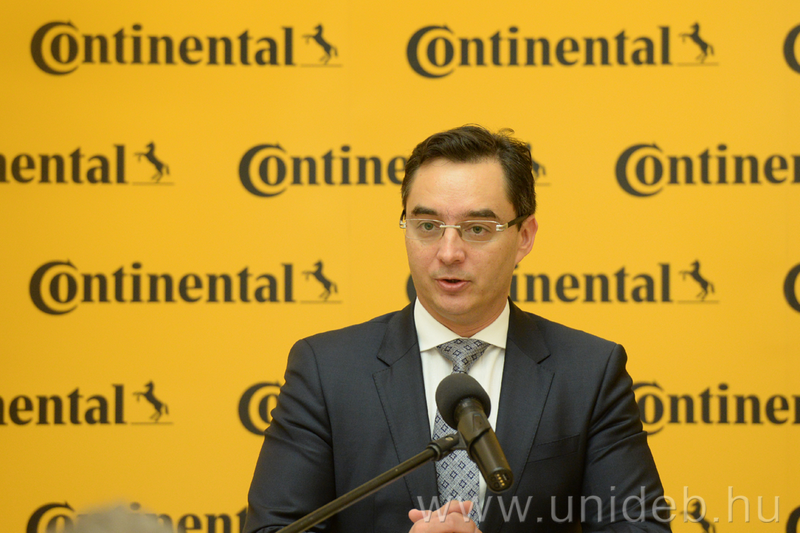 “Providing a proper source for human resources and specialist professionals is an extremely important issue, and this is where the University of Debrecen has been a reliable ally for us.  In the framework of our cooperation, the technical and technological programs of this institution have been upgraded, while the overall infrastructure, education, and human resources parameters are also reviewed with an eye to what is of extraordinary importance for the future of our city,” said László Papp.

Stephan Rebhan, Head of the Transmission Business Unit at Continental, revealed that the company, founded in 1871, had become a market leader in the area of automotive electronics by now, and had generated a revenue of 44 billion euros last year. 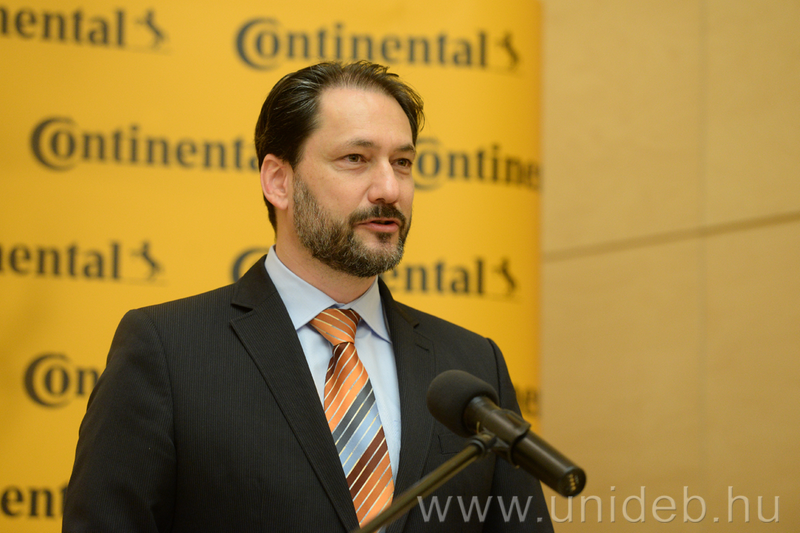 “In the Debrecen plant, sensors and electronic transmission control units will be manufactured, which are leading products on the market, and there are only a few companies in the world that are able to produce these. With the advent of electric and self-driving automobiles, there is going to be an ever-growing demand for these parts,” said Stephan Rebhan.

The business unit head added that there had been a serious competition for the choice of the location of the new plant, but their favorable former experience in Hungary and the increasing importance of Debrecen as a regional center seemed to justify their choice of our city. 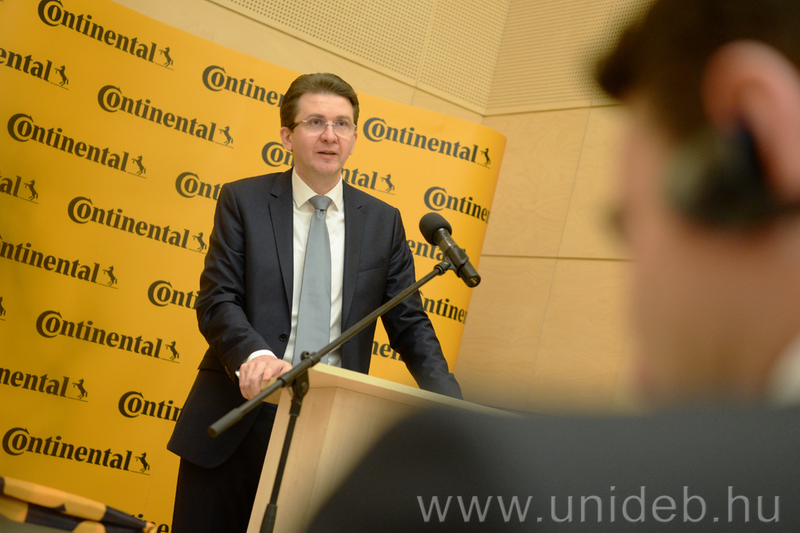 Róbert Keszte, the Managing Director of Continental Automotive Hungary Kft., also underlined  Debrecen’s cross-border importance as a regional center, the attractive perspectives represented by our city and its vibrant economic ambience. He also noted that the company with 8000 employees in Hungary had not only established production bases but also a research and development center in this country.

Zoltán Szilvássy, the Rector of the University of Debrecen, emphasized the significance of economic ties between Hungary and Germany in his address, listing the names of German companies that had recently established plants and other units in our region. 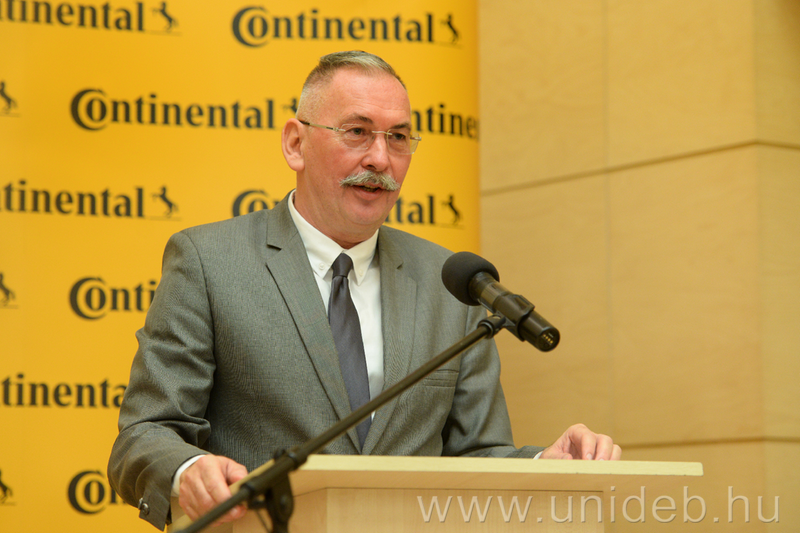 “The University of Debrecen, as the largest institution of higher education in Hungary, continues to explore how it could rearrange educational emphases in order to adapt its programs in informatics and technology to the fast changing demands of the relevant branches of industry. At present, there are 378 students at UD enrolled in the program in electric engineering and more than 900 students in the program in mechanical engineering, which indicates a significant increase compared to previous data. We have also established a technology-IT cabinet, the chief task of which is to further develop the engineering programs we offer,” said Zoltán Szilvássy. 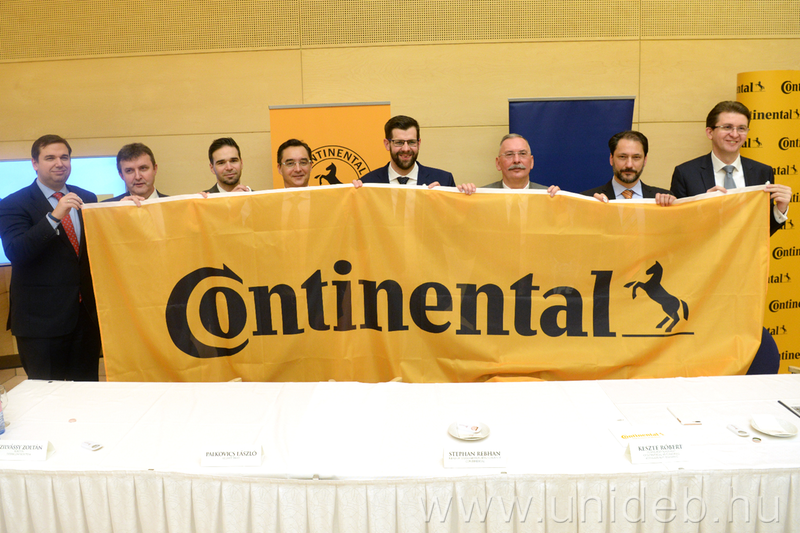 László Palkovics, Minister of State for Education, has mentioned on the subject of the recently completed process of admitting new students into higher education that, despite the fact that there are no precise figures available yet, it seems that information science and engineering are getting more and more popular, as the number of applicants keeps steadily growing. 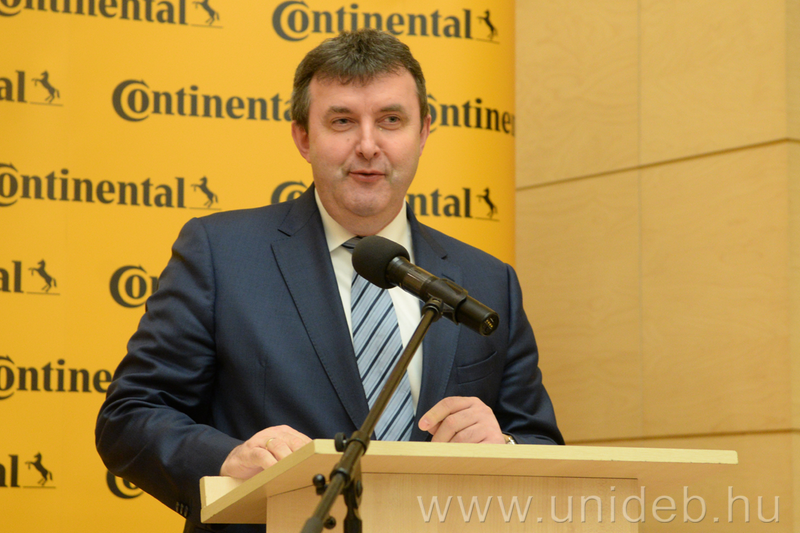 “An important element in higher education strategy is that universities do not exist in a vacuum. Instead, need to understand the demands of the labor market concerning both the education of future engineers and researchers. The University of Debrecen is a perfect example for this, as it has achieved very impressive results in this respect during the past time period. However, this is only the beginning. We do need to establish within this institution a “technical university,” by strengthening the programs in engineering and making them more visible,” said László Palkovics. 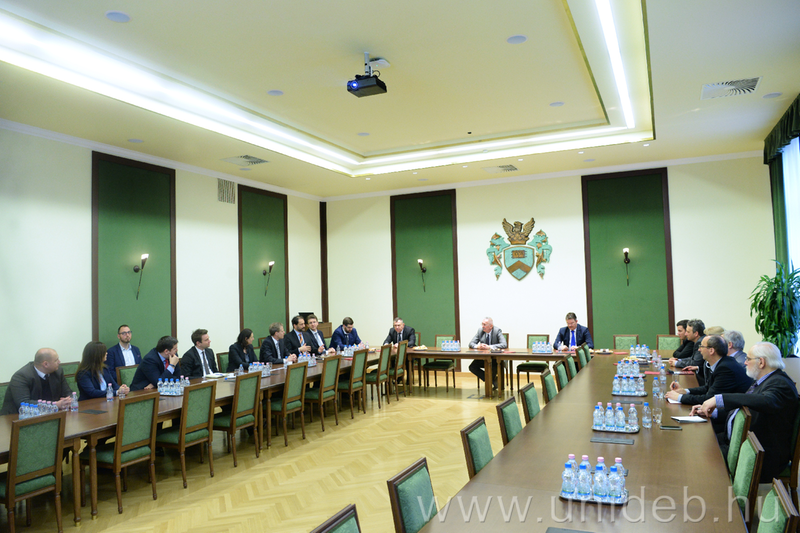 Following the press conference, the heads of the German company also paid a visit to the University of Debrecen, where they consulted the heads of faculties involved in providing programs in engineering. Vice-Rector for General Affairs Ákos Pintér gave a presentation of the current status of the technical and technological programs and outlined the structure of the independent Institute of Mechatronics and Electric Engineering, which had been introduced as the first step in the development of programs in engineering. As a result of the meeting, the parties agreed on launching the cooperation in the framework of which individual experts from the university would get to study various technologies developed by the company in their research and development center located in the city of Nuremberg.