“SMART” Festival from Day Zero On

With an area occupying two thousand square meters, comprising as many as 15 stands and venues for 30 stage performances altogether, the University of Debrecen is now prepared to entertain festival-goers at the current Campus Fesztivál. The site called Egyetem Tér [University Square].

Apart from its family-friendly nature, Campus Fesztivál is also unique among domestic festivals for another important feature: the palpable presence of the University of Debrecen. Egyetem Tér, located next to the main entrance of the festival site, is a truly “interdisciplinary” area, as it hosts virtually all fields of academic activity, ranging from agricultural through medical to natural and social sciences. This year, institutes and other units from the university will be presenting the popular and attractive aspects of their work. at 15 different stands.

Debreceni Egyetem Egyetemi és Nemzeti Könyvtár [University and National Library of UD] will appear for the first time with its own program offer, including, among other things, book-selfies and open-shelf exchange possibilities. The “usual suspects” will also return this summer through spectacular experiences in chemistry and curiosities in ethnography. The stage will be regularly taken by members of Dumaszínház [verbatim: talk theater; approximately: stand-up comedy] or well-known figures of the media in the framework of talk shows dubbed AudMax beszélgetések. Music will be provided courtesy of the band Funbasstix, the members of which come from the student body of the secondary school affiliated with the university, and professors of the university will also chip in with their own efforts to offer a special experience in music. The overall program offer was presented by Chancellor Zoltán Bács at the press conference held specifically about Campus Fesztivál on July 3. 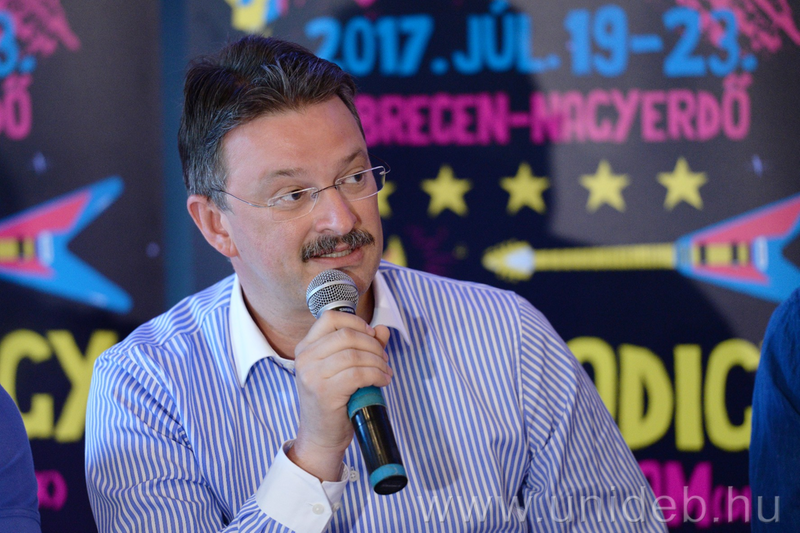 “This year, Egyetem Tér opens on Day Zero, the date for which is going to be July 19. Apart from demonstrating dazzling curiosities of the world of science, we also plan to conduct exciting stage shows and the 10thCampus Sportfesztivál, which prompts hundreds of participants every year to get up and “shake a leg.” We have received entries for the championships in 6-a-side soccer, beach volleyball, and 3x3 basketball from across the borders, too,” said the Chancellor. 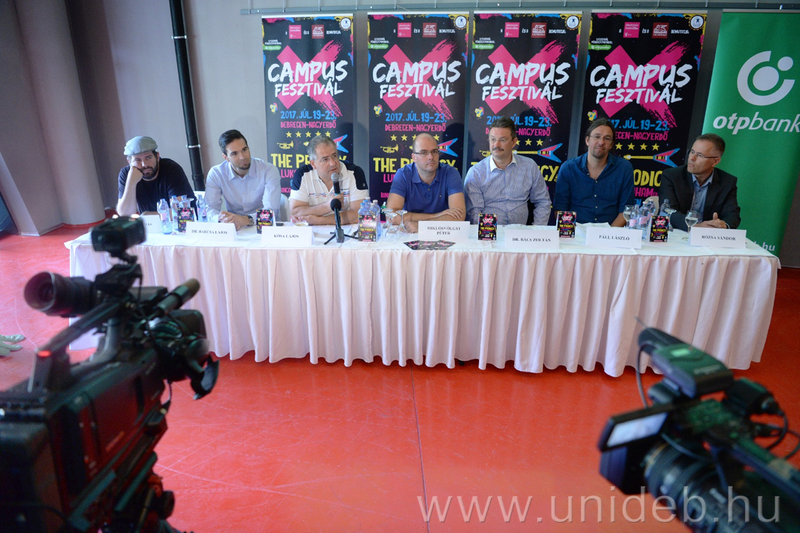 MP Lajos Kósa, parliamentary caucus leader, emphasized at the press conference that infrastructural developments in the Nagyerdő [Big Forest] area would create a unique environment for Campus Fesztivál in Debrecen. Vice-Mayor Lajos Barcsa highlighted the fact that these series of events would attract a lot of tourists to our city, perhaps, breaking last summer’s record attendance of 98 thousand people.

The organizers agreed that the secret of success even for a 10-year-old festival would always lie in efficient cooperation. 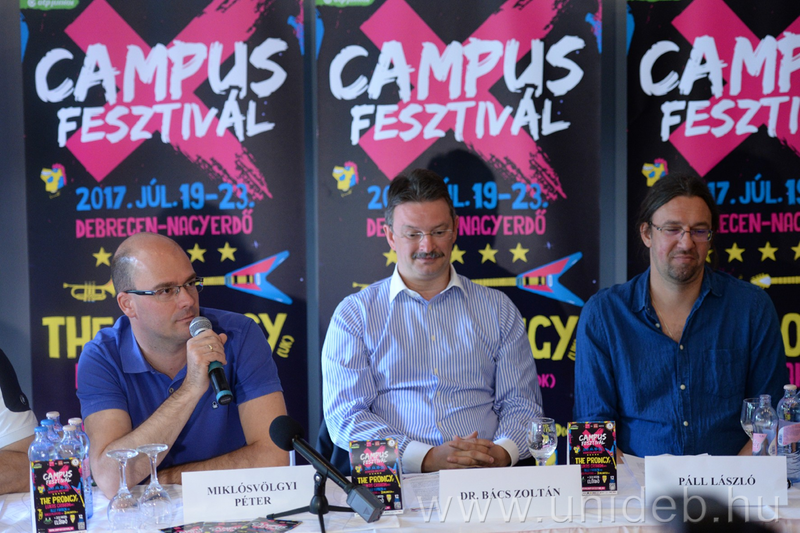 “Cooperation between the university, the Municipal Government of Debrecen, the citizens of our city, and the organizers is exemplary. This is how we have managed to achieve the status of one of the most significant festivals of popular music in Hungary. Between July 19 and 23, there are going to be 220 productions of music at as many as 17 venues, complemented with a further 200 other individual items in our program offer. In addition to the most popular Hungarian artists, we also expect to present The Prodigy, Lukas Graham, Alle Farben, and 2 Unlimited, just to list a few,” said Festival Director Péter Miklósvölgyi. 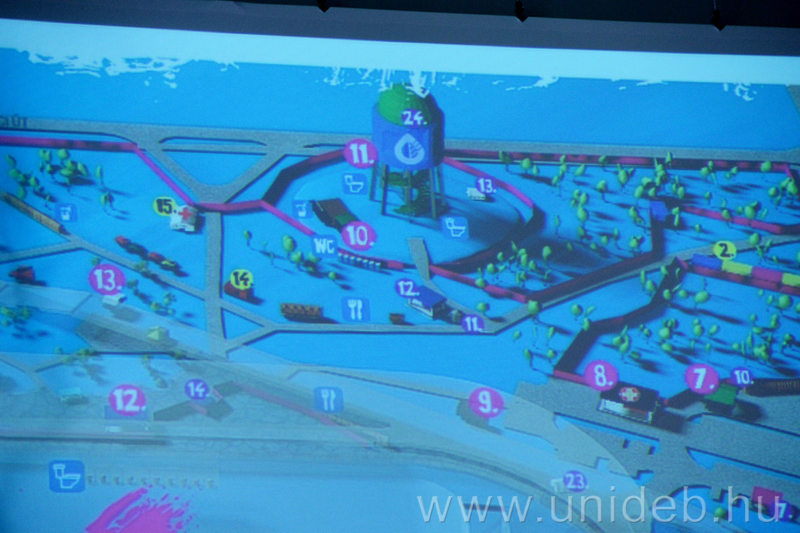 László Páll, Technical Director of Campus Fesztivál noted that, for the first time in ten years, the entire area around the new stadium would be open for the public, so that you could walk around and check out the various locations covering a full circle. Thanks to its continuous development, in 2017, Campus joined the ranks of those festivals recognized abroad as well by receiving the highest level of qualification from EFFE (Europe for Festivals, Festivals for Europe), the most prestigious European organization specializing in the assessment and evaluation of festivals. Program Director András Süli added that there were but a handful of such highly acclaimed events in the whole of Hungary.