Assembly of the supercomputer began in September, and testing began in October. The development software is currently being installed, and the system is expected to start operation in December. 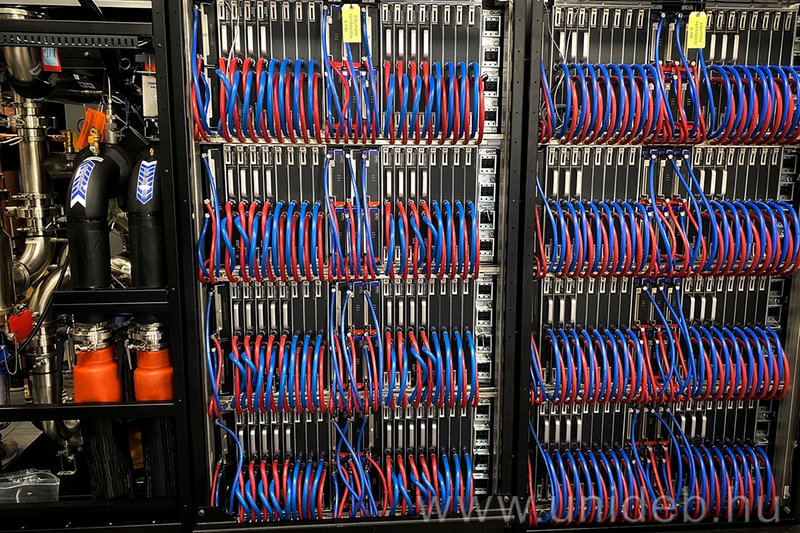 - Supercomputers are needed for processing large amounts of data in almost all scientific fields. The tools indispensable for innovation can simulate processes for which it would be almost impossible to create the equipment in reality, hence the design of the products can be carried out in a virtual environment using mathematical and engineering models. The use of the machine can result in significant changes in innovation in Hungary - Zoltán Gál, head of the University of Debrecen's Supercomputer Center, told hirek.unideb.hu.

The supercomputer currently being tested has a performance of 5 petaflops, which is equivalent to using tens of thousands of laptops at the same time. The organization of Komondor’s high-capacity processor and graphic computing units includes a dedicated artificial intelligence and big data partition to perform targeted tasks.

The development was justified by the fact that domestic HPC capacity currently barely reaches 0.5 petaflops of performance, which can hardly serve domestic scientific research, which requires high computing power in daily practice. KIFÜ's new supercomputer also facilitates the scientific activities of the University of Debrecen, enabling the number of big data sets that doubles every year to be processed again.

- At the University of Debrecen, mainly in so-called material-free research, in the fields of medical, biological, chemical, physical, technical, and agricultural research, it can help in medical imaging, diagnostics, data generated in economic and financial processes and the development of intelligent applications in the processing of necessary sensory data, in the recognition of sequences that appear in genetic codes, or in the modeling of various molecular processes, among other things. With the help of algorithms based on artificial intelligence, the machine is able to create models based on the received data, from which innovative methods and optimal physical products can be developed. The new HPC system can perform up to 10,000 times the volume of desktop computing.

Hungary’s most powerful supercomputer will be available to institutions of higher education, research institutes and their partners free of charge, and in some cases it will also be available companies that conduct research and development.